There are times when I am sitting in court waiting for a case to get called and wondering where my client is. Some of these folks are just late people. Others get lost on their way to court. Some think that court starts at 9:30 or 10:00. Then there are people who have personal matters such as child care conflicts. And others simply get the court date wrong or forget to show up.  If my client lets me know that he or she will be late I can usually get a second call and avoid the entry of a default. Some judges will even give me a new date if my client had a legitimate problem that prevented attendance in court. However, absent a good excuse prosecutors will request and judges will enter a default. This can result in the issuance of a bench warrant or a default warrant. This prompts a question that I get several times each month, that being “what should I do if I missed my court date?”. 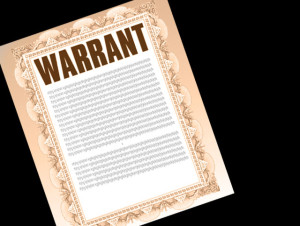 Call Your Lawyer or Hire a Lawyer Immediately

Once you realize that you missed court the best thing you can do is call your lawyer or hire a lawyer to let them know that what happened. Your best bet is to get back into court as soon as possible and let the judge know what happened. Doing this with a lawyer is usually more beneficial than going at it alone. Your lawyer will explain to the judge why you missed court. Your lawyer can contact the district attorney or probation department to explain the situation in advance. Oftentimes these people are compassionate about your issues and will not push the judge to penalize you for missing your court date.

For the most part judges do not want to default people or put them in jail. They would rather have things run smoothly and work their way through the daily court list. Most judges understand human fallibility and will accommodate someone who had a problem getting to court or simply forgot to do so. It is often beneficial to provide paperwork or some sort of corroborating proof that your absence from court was unavoidable. For instance, just last month I had a client whose flight was delayed. Consequently she missed her connecting flight and was unable to get to court. She was conscientiousness enough to contact me and to take a screen shot of the airline monitor at the airport. The judge felt sorry for her and did not issue a warrant.

Much like grammar school teachers judges have heard every excuse ever created. “My lawyer told me I didn’t have to be here.” “I couldn’t get in touch with my lawyer.” “My lawyer told me court was on another day”. “The probation officer told me that the case was over.” These excuses aren’t going to work, particularly if the lawyers or probation officers don’t support this excuse. The judge is not going to want to hear you blame someone else for your shortcoming. Rather, through your lawyer address the problem as soon as you can.

The truth is going to be your best ally when going to remove defaults. Just recently I went into court with a client who forgot that he had to be in court. I told the judge that there were no legitimate excuses and that my client just missed court. The judge responded as I expected he would: “No problem counsel. Default removed. What date would you like?”

We have been removing defaults for nearly three decades. It is part of the criminal defense business. Call us at 617-263-6800 or email us if you messed up. We can help you.