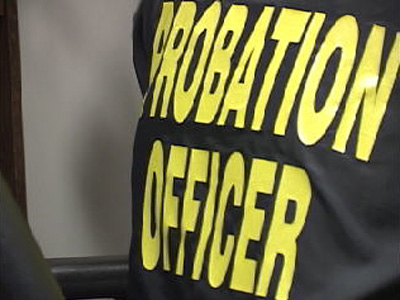 Last week Herman Rodriguez of Methuen, Massachusetts was driving his car ninety-two miles per hour on Route 495. The posted speed limit is sixty-five miles per hour. A state police office pulled Rodriguez over and was taken to the local state police barracks. Rodriguez identified himself as Kelvin Caraballo-Ostolaza and had a New York driver’s license in that name. During the booking process a fingerprint scan alerted the police to Rodriguez’s true identity. The United States Marshall’s Office confirmed that Rodriguez was wanted on a Probation Violation. He was on probation for a Federal Drug Trafficking conviction. Rodriguez had been in default for six years. It was also determined that Rodriguez has an outstanding matter where he has been charged with Possession of Burglarious Tools and Malicious Destruction to Property over $250, a felony. Based on the Motor Vehicle incident last week charges of False Name to a Police Officer have been filed in the Newburyport District Court.

We frequently represent people accused of violating their probation. When this happens, the defendant is served with a surrender notice. He must appear in court and a Surrender Hearing is scheduled. These hearings are much less formal than trials however the consequences associated with Probation Violations can be significant. The accused is looking at an extension of probation and in some cases a jail or prison sentence up the maximum permitted by the statute for the offense for which the defendant is on probation. This makes it imperative that the defendant facing a Probation Violation Hearing in Massachusetts hire an experienced Massachusetts Criminal Lawyer. In Massachusetts the law states that probation may be revoked after a Surrender Hearing if the prosecution establishes to a reasonable degree of certainty that the defendant has violated one or more of the terms of his or her probation. The violation must occur during the probationary period and not after. So, for instance, if someone is charged with violating probation and the hearing occurs after the probation was to terminate, then only the court can consider only the acts of the defendant prior to that termination date. Keep in mind that not every probation violation requires probation revocation. Sometimes the violations alleged or minor or unintentional. These can often be addressed without a formal hearing. At Probation Surrender Hearings judge determine first, whether the conditions of probation have been violated and second, whether in fact probation should be revoked. The first determination is fact based. The second is discretionary. Way too many judges in Massachusetts are inclined to revoke probation after a violation is found making it extremely important that you hire a lawyer who is prepared to fight for you and has a good understanding of the history of your case. A strong presentation against probation revocation can be the difference between you remaining free or being committed to serve your sentence in jail.

The Law Offices of Stephen Neyman has been defending the accused in probation matters throughout the state for twenty four yours. If you are facing a probation violation hearing your need a good lawyer. We can help you. Call us now at 617-263-6800 or email us. We want to start preparing for your probation surrender hearing right now.