The litigation of the issuance and extension of 209A Restraining Orders takes up a considerable amount of time in District Courts throughout Massachusetts. Some judges listen carefully to the facts presented at these hearings. Others are afraid not to issue the order. Case law in this area is constantly evolving making your choice of a lawyer an extremely important decision. This post discusses a recent development in this law and why everyone should hire a lawyer for representation at a 209A restraining order hearings. 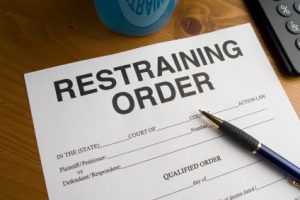 New Law Regarding What Constitutes A “Household Member”?

Massachusetts General Laws c. 209A protects individuals suffering from abuse by “family or household members.” The statute defines “[f]amily or household members” as “persons who: (a) are or were married to one another; (b) are or were residing together in the same household; (c) are or were related by blood or marriage; (d) hav[e] a child in common regardless of whether they have ever married or lived together; or (e) are or have been in a substantive dating or engagement relationship.” The Massachusetts Supreme Judicial Court recently published an opinion, Silva v. Carmel, 468 Mass. 18 (2014) which narrowed the definition of “household members” eligible to obtain a 209A order.

In short, the Court held that two individuals that lived together in a state facility were not “household members” pursuant to the statute. Silva, stresses that the statute’s purpose was to prevent violence in a “family setting” with individuals that are engaged in a socially interdependent relationship.

Thus, in situations in which individuals are roommates, and not related by blood, marriage and not involved in a substantial dating relationship with one another—an experienced attorney should always argue that the pair are not “household members” that the statue is designed to protect.

Should I retain a lawyer if I get served with a 209A restraining order?

What Are Typical Defenses To The Issuance And Extension Of A 209A Restraining Order?

Massachusetts case law outlines the types of injury that is considered serious.  Depending on the circumstances, an experienced attorney can argue that if the plaintiff was simply “pushed”, or touched in an innocent manner or in self defense and the plaintiff did not receive significant injuries—the plaintiff failed to satisfy this element by a preponderance of the evidence.  There is case law that indicates that minor redness is not enough to establish serious bodily injury.

Do Judges Usually Conduct Evidentiary Hearings In These Types Of Cases?

Should I Testify At A Restraining Order Hearing If I Am The Defendant?

It depends.  As discussed above, a restraining order is a civil order—however a violation or an admission of an assault and battery during the restraining order hearing can land someone in criminal court.  The decision of whether to testify during a 209A hearing should be made with the assistance of an experienced attorney.