The Lawrence Eagle Tribune reports that a Webster woman has been charged with stealing the identity of 22 individuals, some of which belonged to patients at the hospital where she worked. Katherine Benitez, a 54-year-old employee of University of Massachusetts Memorial Medical Center, located in Worcester, was fired earlier this year after accessing the personal files of more than 2,400 patients at the hospital. She later used the identity of 9 of those patients, and many other stolen identities to purchase utility services and cellular telephones. At this time, the police believe that Benitez’s daughter and the daughter’s boyfriend are also involved in the identity theft scheme as well. Beneitez is being changed with conspiracy, larceny, forgery and multiple counts of identity fraud. 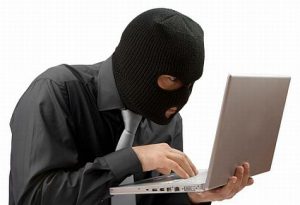 What Is Identity Fraud?

Identity fraud occurs when someone steals the personal identifying information of another person, i.e., a victim, and then uses the victim’s identity to obtain goods, services, credit, money, or anything else, while having the intent to defraud. Wrongly obtaining another’s identity and using it for personal gain is a criminal offense, and can be punishable by a fine of no more than $5,000 or jail time up to 2.5 years, or both. This crime is being charged with increasing frequency as law enforcement is improving its investigatory techniques in this area.

How Does Identity Fraud Happen?

The FTC believes that identity theft happens to one American every 79 seconds. Its one of the fastest growing crimes in the country, largely due to the amount of information that can be accessed online. All too frequently a headline in the newspaper reports that customer information was stolen by hackers from one giant retailer or another. Business servers get hacked more and more often these days. Sometimes thieves use internet schemes to steal personal identifying information from unsuspecting victims.

Most Common Instances of Identity Fraud

While identity fraud committed through criminal internet activity is the most popularized form of identity fraud, the most realistic form of identity fraud involves illegal immigrants trying to obtain residences, utility services and driver’s licenses. Elaborate registry schemes are operating throughout Massachusetts that involve the cooperation of insurance agencies, registry employees and unscrupulous attorneys.

When You Need A Massachusetts Criminal Defense Attorney