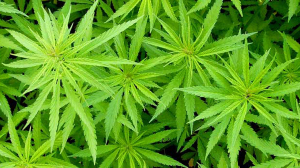 The Quantity of the Drugs is Not Necessarily Determinative of Intent

Cops think that the intent to distribute is revealed by the quantity of drugs that are found. This simply is not true in law or fact. People’s drug habits differ. Some people, addicts in particular may “need” to use extraordinarily large quantities of drugs that for others would indicate the intent to sell. I have represented people with documented heroin addictions necessitating the ingestion of several grams of the substance per day. Finding these people in possession of numerous grams of the drug, no matter how packaged does not mean more that they intended to do more than use the substance.

Case law in Massachusetts supports this suggestion. For instance, our courts have held that being in possession of several packages of cocaine totaling 2.73 grams does not by itself show the intent to distribute. Similarly, 3.16 grams of cocaine contained in five packages and found on someone does not alone support felony charges. Often arrests are made when people go to a drug house to buy a substance. If, incident to the arrest the police find a large quantity of the drug the buyer may be charged with a felony even if his intention was to buy a small amount for his own use. When this happens your lawyer is going to have to do a good job convincing the district attorney, judge or jury that your role was limited to that of a user. There has been extensive litigation in Massachusetts on this subject and chances are pretty good that there is a case that supports your position that personal use as opposed to an intent to distribute should have been the crime charges.

Personal Use of Drugs is Subjective

Take for instance the case of a retired state police officer charged with possession with intent to distribute marijuana. He is accused of growing or cultivating marijuana on his property. Police found thirty-four plants capable of producing five hundred ounces of pot. There was nothing else found at his home indicative of an intent to distribute the drug. Rather, the district attorney believed that the potential yield of the plants had a street value that exceeded one hundred thousand dollars and therefore he must have intended to sell it. The defendant suffers from painful diabetes and through his attorney made clear that the substance is for his personal use only. This case might be going to trial soon to determine this issue of the defendant’s intent.

Discuss Your Options With An Experience Lawyer

Knowing what the laws accept as proof of an intent to distribute and what they state is consistent with possession is important. You need to discuss this with your lawyer before making the decision of whether to go to trial or plead guilty. You may have other options such as filing a motion to dismiss or negotiating a reduction of the charges with the prosecutor. Our office has the experience to help you. Call Attorney Stephen Neyman at 617-263-6800 or send us an email. We will help you.