Heroin is considered a class “A” substance in Massachusetts because it is a highly addictive controlled substance. It is commonly referred to as dope,  and sometimes by its color, such as brown, or black tar heroin. Once heroin enters the body, it converts into morphine, which causes the user to experience a sense of relaxation and euphoria, also known as a high. Overdosing on heroin is fairly common as users develop a severe addiction to the controlled substance.  Several Massachusetts heroin drug charges are prosecuted daily in most Massachusetts courts. 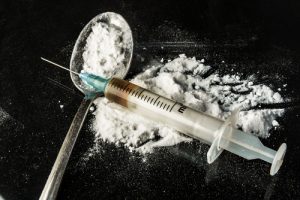 There are a number of different charges in Massachusetts concerning heroin. Each crime carries a different punishment, and the punishments increase in severity with the nature of the crime.

Three young Massachusetts men were recently arrested after a drug raid by police yielded over 100 grams of heroin, a 9mm handgun and more than $24,000 in cash, NECN reports. Luis E. Hiciano, 22, of Andover, Joselin Eliezar Reina-Mercedes, 23, of Methuen, and Luz D. Made, 21, of Lawrence, were arrested after the drugs were found during a search by detectives in an apartment. Each man was charged with trafficking over 100 grams of heroin, while Hiciano was further charged with possession of a firearm in the commission of a felony, and distribution of heroin.