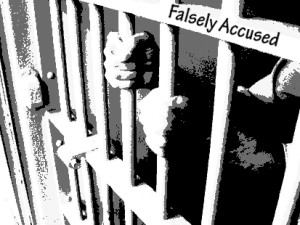 Several weeks ago I received a call from a potential new client. He had been contacted by a police officer and was told that he was being investigated for a sexual assault. The young man asked the officer what he was talking about. The officer described the complaint to the man. He told him that a couple of years ago the two had been at a party. Mostly young people attended the party, ages nineteen to twenty-three. The “victim”, a twenty year old claimed that the two started kissing and engaging in gentle sexual caressing. The man then supposedly put his hand down her pants and inserted his finger in her vagina. This constitutes rape in Massachusetts. The girl’s story is not true. The accusation inspired me to write about defending false rape allegations.

I met with the man and several witnesses, all of whom were at the party. Each of them was clear that the accused was with them and his then girlfriend the entire evening. The former girlfriend corroborated their story. Everyone offered to assist in any way they could. My investigator was with me taking notes while the witnesses were being interviewed. We interviewed everybody separately. Their stories lined up almost verbatim. We had them detail their observations as best as they could. Ultimately we decided to reduce their statements to writing. Everyone reviewed his statement for accuracy and signed the same, acknowledging that they were doing so on their own accord, not just to help their friend but to correct a potential injustice.

Deciding What If Any Information To Discuss With The Prosecutor

This is the most difficult decision to make when defending someone in any case before charges actually issue. Providing the district attorney with any of your defense is risky particularly when doing so before charges are filed. On the other hand, sometimes having a candid discussion with the prosecution at the investigatory part of the case can result in a refusal to prosecute the case. In this case the prosecutor was someone I had worked with and against in the past. She had a reputation for honesty, thoroughness and being fair. She agreed to provide me with the reports that had been generated as a result of the police investigation and related interviews.

Based on what I reviewed the case against my client was not a strong one. So we had two choices. Wait until the case was indicted and disclose our defense at trial or try to get the district attorney to change her position and further consider whether or not this case should be prosecuted. The former approach would subject our client to a rape indictment. Along with this comes horrible publicity and collateral damage that may take years to undo regardless of the outcome of the case. The latter approach also came with certain risks. Showing the prosecution our hand in advance would possible give them an advantage were a criminal charge to issue.

Based on this prosecutor’s reputation and the evidence at her disposal we decided to show two of our several witness statements to her. She agreed to follow up further with her investigation to see whether or not charges should be brought. After several months of work we got word that criminal charges would not be filed. While the prosecutor never conceded a belief that the allegations of rape were false it was clear that she did not have confidence that the complainant was being totally truthful. Certainly, she did not want to prosecute someone for rape on these facts.

Attorney Stephen Neyman has been defending sexual assault cases for nearly three decades. No one can match our results. Call us at 617-263-6800 or send us an email if you have been charged with rape or any other crime. We can help you.