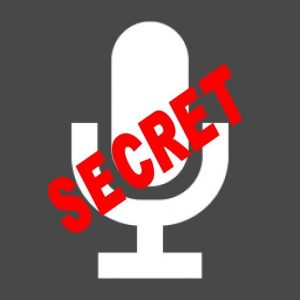 Ignorance of the Law is Not a Defense

There are plenty of instances in which someone does something illegal without knowing that it is a violation of the law. Ignorance of the law is not a defense to committing a crime and only in the most limited of circumstances can ignorance of the law be used to help reduce the charges pending against the unwitting perpetrator.Massachusetts Man Unwittingly Breaks Law, Receives Probation

By way of example, consider the recent case of John Brown (a pseudonym), 26, reported on by WWLP.com in August. Early in the morning during a snowstorm in January of this year, Brown was pulled over by Westfield Police Officer Frank Soleimani. Brown, in light of the poor weather, early hour, and his belief that he had not done anything to warrant being pulled over, secretly recorded the encounter with Officer Soleimani on his phone.

During the stop Officer Soleimani said that Brown was being pulled over going too fast for the bad weather conditions and gave Brown a warning, but allegedly commented that it should be a ticket for making the officer get out of his vehicle during a snowstorm. At the conclusion of the stop, Brown informed Officer Soleimani that the encounter had been recorded.

Brown later posted the recording on social media, and the police were eventually informed about the recording posting, allegedly by a confidential source. Not long thereafter, Brown found himself being summons to court for an illegal wiretap, referring to his secret recording of the encounter with Officer Soleimani.

In Massachusetts, recorded conversations require all parties involved to consent to the recording, and thus any secret recording of another without his or her consent beforehand constitutes wiretapping, which is a felony. Brown allegedly broke the law, without even knowing what he was doing was a violation of the law. As a consequence, Brown has had to deal with the charges and court proceedings over the past half a year and has had to pay thousands of dollars in fines, court fees, and attorney’s fees. He has been given three months probation after accepting a plea bargain.

Any number of crimes can be committed by a people without them even knowing that they are breaking the law. You might not realize that you are part of a conspiracy, that you are resisting arrest, of that you are harassing someone. The crime might happen inadvertently or accidentally, but in any case, you need a skilled criminal defense lawyer by your side fighting for your rights and making sure that you achieve the best possible outcome in light of your specific situation.