A terrible car accident in Methuen resulted in the death of a Lawrence man, serious injuries to another and a Lowell police officer in jail.  The Lawrence Eagle Tribune reported that Lowell Police Officer Eric Wayne will face a judge in Lawrence District Court on Monday where he will be arraigned for charges of motor vehicle homicide, having an open container of alcohol in his motor vehicle, operating under the influence of alcohol and operating to endanger. The paper reported that the officer is held on $500,000.000 bail. 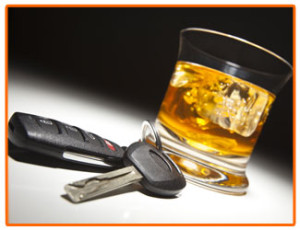 The disgraced officer apparently had a previous charge of operating under the influence of alcohol that is pending in the Lowell District Court. This is a case that occurred last summer and was transferred to the Essex County District Attorney’s office because of a conflict of interest.

Can The Government Prove Operating Under The Influence If The Defendant Refused To Perform Field Sobriety Tests?

In most cases, the District Attorney proves its case by testimony from the arresting officer describing errant operation by the driver that led to the vehicle being pulled over; the driver questioned and ultimately failing the field sobriety tests. Even before the “field sobriety” tests are administered the police often describe an odor of alcohol coming from the car/driver, difficulty the driver had in producing requested information (license and registration) and difficulty, if any, the driver had in exiting the car. Obviously, if the driver choses to take the breathalyzer and fails, that is another piece of evidence that is put in front of the jury.

However, it is important to realize that even if an officer smells an “odor of alcohol” he or she cannot determine how much and individual drank or when he or she had the last drink. Thus, this type of testimony can by explained through a good cross-examination.

Similarly, a description of errant driving can be neutralized through cross examination including changing a radio station, bad weather conditions, tiredness or simply that the police officer is not telling the truth.

A driver’s refusal to participate in the “field sobriety” tests does NOT get in front of the jury.  Keeping in mind that once a person is pulled over, questioned and asked to step from the car the likelihood of driving away is pretty low, refusing to perform field sobriety tests is, depending on the circumstances, not a bad idea.

If Someone Has Been Charge With Operating Under The Influence Of Alcohol But Not Convicted Before He Or She Is Charged Again–Will It Be A Second Offense?

The case will not be charged as a second offense.  However, in most cases it will likely be treated that way when the case is disposed of, unless of course the defendant is found not guilty.

Also, in the case of the Lowell Police Officer, he has greater concerns as the accident resulted in the death of another person – so the operating under the influence case is one of the least serious of the charges he faces.

Is A Lawyer Necessary In OUI Cases Even If I Want To Plead Guilty?

Yes. It is important to consult a lawyer if you have been charged with a crime. In addition to criminal consequences there could be collateral implications from the Registry to Immigration.  Depending on the situation it is important to know the effect that any type of disposition will have on your ability to drive in Massachusetts and your ability to become a citizen.