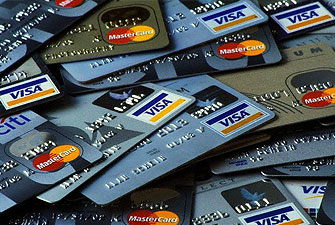 James Hughes is fifty one years old. He lives in Dracut, Massachusetts. According to a report in the Lawrence Eagle Tribune Hughes is now facing charges of Larceny From a Person Over Sixty Five Years Old, and Credit Card Fraud. The case in pending in the Peabody District Court. The article states that Hughes lived in a condominium complex with his mother. The victim lives in the same complex. She trusted Hughes with her credit cards to do errands for her. It is alleged that he used the cards to finance gambling trips and for personal purchases. The credit card charges exceed forty eight thousand dollars. Some of the charges to the credit cards were incurred while the woman was in a nursing home.

The article goes on to say that Hughes lawyer will be arguing a Motion to Dismiss the charges, perhaps sometime today. Motions to dismiss are practical tools a Massachusetts Criminal Lawyer will often use to get rid of a case that never should have been filed in the first place. These motions have become particularly popular in the last ten years, since the Massachusetts Supreme Judicial Court decided the case of Commonwealth v. DiBennadetto, 436 Mass. 310 (2002). In DiBennadetto, the Court held that a motion to dismiss, is the appropriate and only way to challenge a finding of probable cause. Clerks are bound by the tenets of Massachusetts General Laws Chapter 218, Sections 35 and 35A establishing the requirement of probable cause before a criminal complaint can be issued. DiBennadetto says that this can be challenged. After the issuance of a complaint, a motion to dismiss will lie for a failure to present sufficient evidence to the clerk-magistrate. These motions can also be filed on the basis that there was a violation of the integrity of the Clerk’s Hearing proceeding or for any other reason deemed necessary to challenge the validity of the complaint. These motions work, particularly when argued before a judge who knows and applies the law.

In the event the motion fails, Hughes will have to defend some very serious charges. Larceny From the Person, Massachusetts General Laws Chapter 266 Section 25 carries a potential five year state prison sentence regardless of the victim’s age. It is a felony. Credit Card Fraud is a violation of Massachusetts General Laws Chapter 266 Section 37C. This too carries a possible five year state prison sentence. What separates this case from routine larceny cases is the age of the alleged victim and the amount of money taken from her. Over forty eight thousand dollars is the alleged amount of the theft. This is considered very high by itself. It might be considered exorbitant if the amount represents a substantial of the woman’s life savings. District attorneys fight hard to protect the elderly and judges tend to punish those who victimize the elderly more severely than they might in instances where the victim is younger.

Attorney Stephen Neyman has been defending the accused for over twenty four years. We have successfully argued motions to dismiss all types of cases ranging from simple misdemeanors to serious felonies. If you are in trouble call us at 617-263-6800. You can email our office as well. There is no better time to start your defense than right now.