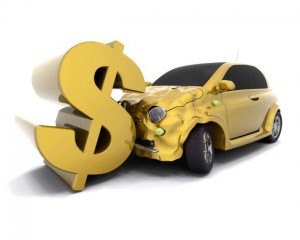 Celina Garcia is an insurance claims adjuster. She works for Liberty Mutual. The thirty-four you old Lawrence, Massachusetts resident is now in some trouble. The Lawrence Eagle Tribune reports that about six months ago Garcia could not get her car started. She had it towed to a shot in New Hampshire and was told that the car had a bad timing belt. Garcia left the car with the mechanic. About two months later the mechanic called Garcia to see what she wanted to do with the car. She told him that she reported the car stolen. The mechanic then called the police. In all, Garcia collected over seven thousand dollars from the insurance company as a result of her false reports. She has been charged with various crimes in the Lawrence District Court; specifically, Larceny Over $250, Insurance Fraud and Filing a False Police Report.

Larceny Over $250 in Massachusetts is a felony. The crime is set out in Massachusetts General Laws Chapter 266 Section 30. A conviction for this offense carries a possible five year state prison sentence. More likely than not Garcia has no criminal record so it would not surprise me to see this case remain in the district court. There, the maximum sentence a judge can impose is one year in the county jail. I would imagine that Garcia will receive no more than a continuance without a finding with an order of restitution to the insurance company.

The crime of Larceny in Massachusetts is defined as the unlawful taking and carrying away of personal property of another with specific intent to deprive person of property permanently. The property in this case is that of the insurance company. If the reported facts are true and comprehensive then Garcia’s defenses are limited. However, here is what catches my eyes. Garcia is in the insurance business. She is a claims adjuster. She knows how insurance claims are investigated and defended. She, more than anybody would know the pitfalls and dangers of engaging in this type of criminal activity. She would also be cognizant of just how easy it is to get caught committing this type of crime, particularly if it was done as suggested by this article. Moreover, why would she admit to the mechanic that she was filing a false insurance claim. It makes no sense. There is no indication that Garcia knew this man. So why would she trust him with her confession to having committed a felony? How would this benefit her? What would she have to gain by telling this to someone? As is the case in any criminal matter the facts need to be examined more closely, something I am sure that Garcia’s Massachusetts Criminal Lawyer will do.

Hiring a lawyer for a criminal matter is always necessary. Rarely can someone successfully represent himself or herself. When considering who to hire call our office. We are happy to discuss your criminal case with you. We can be reached at 617-263-6800 or you can contact us by email. Start your defense now.