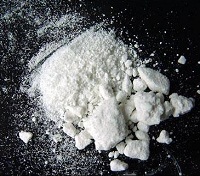 Lawrence, Massachusetts police along with North Shore Gang Task Force officers had been conducting an investigation into a local Cocaine Distribution Operation. A confidential informant conducted controlled Cocaine Buys from Jose Ramos, a forty six year old Lawrence man. Also present and allegedly involved in at least two of the deals was Jose Robles, also from Lawrence. Three total sales were reported in all, two taking place last month and one this past Sunday. During the last deal Robles drove Ramos to a designated location to consummate the deal. Realizing that the police were watching Ramos threw the money into an alley. Both men were arrested. Ramos then waived his Miranda Rights and spoke to the police. He admitted to being a middle man in a local drug trade. He would receive orders and contact Robles who would bring him the drugs. Both men have been charged with Trafficking Cocaine, Distribution of Cocaine and a School Zone Violation. The case is now pending in the Lawrence District Court but may be presented to a grand jury and prosecuted in the Essex County Superior Court .

Miranda Rights have been in force since 1966 following the case of Miranda v. Arizona, 384 U.S. 486 (1966). That case conferred on a criminal suspect the right to be warned of certain constitutional rights prior to a custodial interrogation. Statements taken in violation of the Miranda Rights are inadmissible at trial as is the evidence located as a result of the violation. Miranda warnings require the following advisement: that prior to an interrogation the person has the right to remain silent, that anything he says will be use against him in court, that he has the right to consult with and attorney and to have that attorney present during questioning and that if he is indigent an attorney will be provided to him at no cost.

These rights were conveyed to Ramos. But what did he do? He waived those rights and decided to talk to the cops. And how did that work out for him? Not well. Here is why. Ramos is now charged with the same crimes as is Robles. What is worse for him however is that he admitted to having committed the crimes of Trafficking Cocaine, a School Zone Violation and Distribution of Cocaine. He would not necessarily have been found guilty of these crimes absent his admission. What else happened to Ramos? He got his name in the paper, not only for having committed these crimes, not only for having admitted to having committed these crimes but also for implicating his buddy Robles in these crimes. Guess what folks? This is why we have constitutional rights. To avoid putting yourself in a worse position than you were already in and to ensure an ability to defend yourself against accusations that might not be accurate. Ramos did not help himself by cooperating without the police. As I have stated in several previous blog posts, no one ever talks himself out of criminal charges. Talking to the cops only gets you in more trouble. Anyone in this situation should avail himself of his constitutional rights and Hire a Massachusetts Drug Crimes Defense Lawyer. Certainly Ramos should have.

The Law Offices of Stephen Neyman is committed to defending the accused. If you think you might be in trouble you need to get a lawyer immediately. Call us any time of the day or night at 617-263-6800 or contact us online. Do not wait to start your defense. Call a lawyer now.