Back in 1993 Herbert Racine, now forty three years old, was convicted of one count of Rape. He was ultimately classified as a Level 2 Sex Offender by the Massachusetts Sex Offender Registry Board. It is now alleged that Racine committed an Indecent Assault and Battery on a Person Over the Age of Fourteen and that he has committed the crime of Enticing a Minor. The details of the incident as reported in the Lowell Sun are scant. The victim is between the ages of fourteen and sixteen and the gender of the victim was not identified. Racine is also being charged with Failing to Register as a Sex Offender and an unrelated Assault and Battery case. The cases are pending in the Ayer District Court. 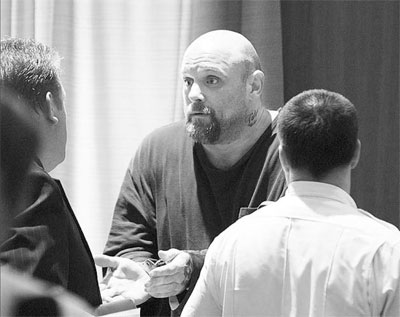 The laws in Massachusetts for Failing to Register as a Sex Offender are very strict. In essence, anyone who after 1981 was convicted of a designated sex offense must register. The word conviction included adjudications of delinquent and adjudications of being a sexually dangerous person. The offenses triggering the requirement of registration include rape, assault with the intent to rape, indecent assault and battery, kidnapping a child, enticing a minor into prostitution or for sexual intercourse, drugging persons for sexual intercourse, inducing a minor into prostitution, sharing or living off of the earnings of a minor prostitute, possession and distribution of child pornography, engaging in unnatural acts and more. Level two and level three sex offenders are obligated to register at the police department in the city or town where they live.

So what exactly does this mean for Racine? Well, the article does not provide much detail however I would expect that the minor victims in this case have been and will continue to be cooperative with the district attorney. If not then the case probably would not have gotten this far to begin with. Also, since this case is being prosecuted in Middlesex County I expect an indictment to issue and the prosecution to be handled in the Superior Court in either Woburn or Lowell. While at times Massachusetts prosecutors might exercise restraint in terms of the aggressiveness with which they pursue the accused, they are less likely to do so when the defendant is a repeat offender and the victim is a minor. Also, the fact that Racine failed to register as a sex offender and has an outstanding complaint for a Massachusetts Violent Crime leads me to believe that this case will not be prosecuted in Ayer for very long.

The Law Offices of Stephen Neyman has been in the criminal defense business for over twenty years. We are a criminal defense law firm only. We do not dabble in other legal disciplines. Our lawyers have extensive training and experience defending the accused and our results are unmatched. Call us at 617-263-6800 or contact us online.