Today’s Lawrence Eagle Tribune reports that Anita Allen, a Haverhill, Massachusetts woman has been arrested and charged with federal wire fraud charges in the Massachusetts Federal District Court. Allen was an accounts payable specialist for a local IT staffing company. She allegedly moved money between Internet based accounts and funneled the money into her own personal account. Allen’s expertise in accounting enabled her to doctor the various books she was maintaining at work and helped her to steal about one million dollars. The statute under which Allen has been charged is examined below. 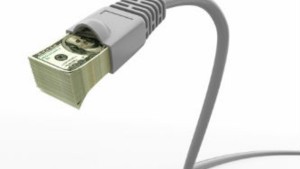 What is Federal Wire Fraud?

United States Code Chapter 18 Section 1343 makes it illegal to fraudulently obtain money or property using electronic communications. The crime covers many acts. There are basically four elements to this crime all of which must be proved beyond a reasonable doubt. They are 1) that the defendant devise or participate in a scheme to defraud and obtain money, 2) that he or she have the intent to defraud, 3) that wire communications be used and 4) that the wire communications are used in interstate commerce. A conviction for this crime carries a potential twenty year sentence. The sentence however is governed in large part by the significance of the defendant’s actions and the amount of money taken. There is a five year statute of limitations in play in these cases. That changes to ten years if the victim is a financial institution. There are however many ways that the government has succeeded in extending that statute of limitations that I will discuss later in another post. In Allen’s case the use of a PayPal account, if proven will satisfy the “wire communications” requirement. Her benefit was apparently traced from these accounts to her personal accounts. This might satisfy the knowledge component of the crime.

How Does Sentencing Work for Wire Fraud Cases?

The United States Sentencing Guidelines start these cases with a base offense level of 7. Levels get added depending on the amount of money allegedly taken. In this case, if Allen took more than one million dollars add 16 levels. Levels are added if the institution’s solvency is jeopardized by the fraud. The number of victims adds to the level calculation. If Allen’s total offense level stops at 23 she is looking at 46-57 months. However, I suspect that the prosecution is alleging that Allen’s conduct triggers some of the many enhancements established under the sentencing guidelines and that they will say her total offense level is much greater. Her criminal history, if any factors into this and through acceptance of responsibility, a compassionate and a good defense lawyer this might be reduced. Regardless, Allen has a fight on her hands.

There are always defenses to criminal allegations in state courts and federal courts. No case is hopeless. Some cases can be defended on their merits. Others can be defended by zealous advocacy at sentencing. We have been defending people accused of committing crimes for almost three decades. We can be reached at 617-263-6800 or by sending us an email.