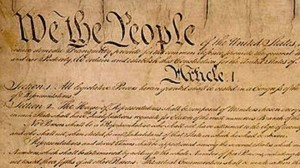 Fighting Cops Who Violate Your Rights

Every criminal defense lawyer I know has tons of stories about how client’s constitutional rights were violated. Some involve motor vehicle stops for no reason. Others involve searches without warrants. Sometimes people are compelled or tricked into talking to the cops. The good news is that a significant number of these cases result in suppression of the fruits of the constitutional violation. That usually ends up in a dismissal of the case or a substantial reduction in the charges. Believe it or not, oftentimes when cops violate the law they just helped you win your case. So I remind my clients that when cops violate your constitutional rights don’t panic. They just might have helped you win your case. This article looks at a couple of examples of cases I won where cops violated people’s rights.

Several years I represented a man who was charged with trafficking cocaine. The quantity exceeded two hundred grams and the prosecution alleged a school zone violation as well. The man was facing a minimum mandatory seventeen years in state prison. This client retained me when I was in the middle of a murder trial. I called the cop and told him that I was representing this man and to refrain from contacting him. The next day my murder case was argued to the jury. During my closing argument the cop called my client and asked to talk to him. This is a blatant violation of my client’s right to remain silent and an encroachment on the attorney client relationship that is forbidden. I saved the all messages I left for the cop and that he left for me. I turned this over to the district attorney’s office. Consequently, knowing that their case would be dismissed if they continued to prosecute they abandoned their prosecution. The man escaped a certain lengthy prison sentence.

In another case I recently represented a man who was in allegedly in an argument with his wife. A police officer walking by the man’s apartment heard the argument and entered the building. He knocked on the door. The woman answered and said everything was okay. The cop then asked to come in and speak with the man. The woman refused him entry and he pushed the door open. Then, the cop allegedly saw some marijuana in plain view. He entered the home, searched and found additional drugs. We filed a motion to suppress the search and won. The case was dismissed.

Attorney Stephen Neyman has been defending and protecting people’s constitutional rights his entire career. Unfortunately there are police who lie and cheat. We know how to expose those tactics and how to prevail on behalf of our clients when their constitutional rights have been violated. Call us at 617-263-6800 or send us an email. Let us defend you.