Kareem Taylor of Framingham, Massachusetts was charged in the Middlesex County Superior Court in Woburn with Carrying a Firearm, Possession of Ammunition and Possession of a Firearm. This follows a September 2009 arrest. According to reports, police received some 911 calls concerning a man brandishing a firearm. The police arrived and learned that Taylor and the alleged victim had just left the scene. An officer saw Taylor and another in an adjoining parking garage. The officer told them to stop and Taylor ran. He was found hiding in the woods near a reservoir across the street. Police dogs sniffed out a firearm near the spot of Taylor’s arrest. There is no mention of the other man. Taylor was able to post ten thousand dollars bail in the district court. 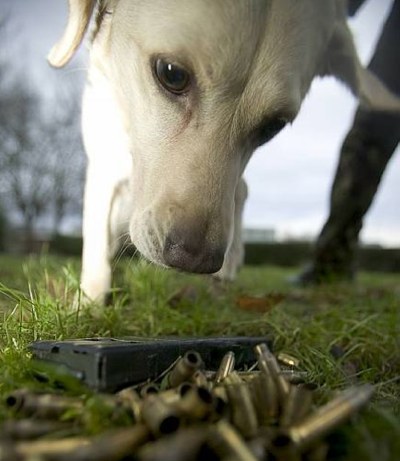 Based on this article the strength of the district attorney’s case will rest on a few pieces of evidence. The eyewitness testimony will be critical. Can this person or people identify Taylor as the person who held the gun. What forensic evidence links Taylor to the gun. Is there DNA or fingerprint evidence on the weapon. What did the other individual who was spotted with Taylor see or what information does he have relative to the crime. Taylor’s Massachusetts Firearms Possession Defense Lawyer will be looking for these answers and anything else that will cast doubt on the prosecution’s case. There appears to be much material from which Taylor can mount a defense.

The Law Offices of Stephen Neyman has been defending Firearms Cases in Massachusetts for over twenty years. Call us now at 617-263-6800 or contact us online to discuss your criminal case.