Jonathan Wood of Groveland, Massachusetts is facing charges in Haverhill of Distribution of Marijuana, Possession With the Intent to Distribute Heroin and another charge. According to reports in the Lawrence Eagle Tribune police had engaged in several undercover buys of drugs during the last month. They had apparently been tipped off by neighbors who complained about suspicious activity involving Wood and the home. Last Friday police obtained a warrant to search Wood’s home. They found several marijuana plants growing in the home as well as some lamps and timers. Wood was found in bed at the time of the search. His roomate, Tor Larson is also being charged with Cultivating Marijuana. Reports that Woods’ home would contain a firearm proved false. 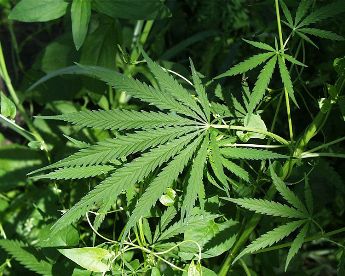 Haverhill Heroin and Marijuana Charge Defense Lawyer
Both Wood and Larson have some problems right. The charges against them are serious. Wood at a minimum has to defend against felony charges. If neither of these men have criminal records an Experienced Massachusetts Criminal Defense Lawyer might succeed in getting the case resolved in a way where they still have no record. One way of doing this is to get the judge or district attorney to agree to continuing the case without a finding. Lucky for both of these individuals the home was not within one thousand feet of a school zone. Had it been they might be looking at a minimum mandatory two year sentence.

Anyone charged with a crime should immediately Hire a Criminal Lawyer. Our office has been defending the accused successfully for over twenty years. We handle all types of criminal cases including Drug Cases in Haverhill. Call us at 617-263-6800 or contact us online if you have been charged with a crime.