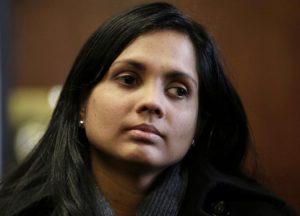 Within the past few months, Massachusetts drug testing labs have been under fire for two separate instances in which chemists working for the state engaged in misconduct that potentially could have an impact on thousands of drug convictions. Both Annie Dookhan and Sonja Farak were chemists at state run drug sample testing labs who engaged in behavior that produced inaccurate test results. The drug chemist’s misconduct has been greatly scrutinized for months now.

Specifically, Farak was ultimately caught stealing from drug samples and using drug samples she was meant to test. Her behavior spanned several years, and once discovered, there was controversy over whether the state did enough to investigate Farak’s misconduct. Ultimately, the Attorney General conducted a thorough investigation and uncovered more shocking details about Farak’s misconduct and just how seriously her misconduct can affect the thousands of drug cases that she worked on as a chemist in the lab.

According to the Boston Herald, the Attorney General’s initial investigation brought to light a number of revelations that are quite worrisome. These findings can have a huge impact on countless criminal drug cases across the state that were handled by Farak during the time of her misconduct while on the job.

A few of the more serious discoveries include:

These are only initial discoveries, and it is anticipated that there is more to come as Farak cooperates with investigators.

Why Do These Revelations Matter?

These revelations about Farak’s misconduct while a state employee at the drug lab is important to criminal defendants who were convicted based on evidence samples that were handled by Farak. Farak’s misconduct effectively rises to a denial of due process, and may have resulted in wrongful convictions. Not only have criminal defendants potentially be wrongfully convicted, but they have lost years of their life serving out sentences that may have been granted based on bad, manipulated or false evidence. Justice needs to be served.

When state chemists tamper with drug evidence, it can cause criminal defendants to have an unfair trial.