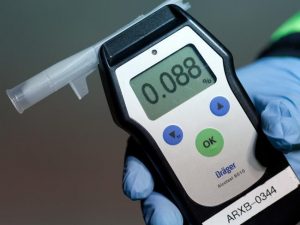 The Massachusetts Supreme Judicial Court recently heard arguments concerning this issue and are expected to render a decision on the matter in June. One side argued that drivers suspected of OUI should be permitted to contact a lawyer at the critical stage in the criminal process when they are asked to submit to a test, since suspected criminals have a right to counsel under the Sixth Amendment to the U.S. Constitution and under the Massachusetts Declaration of Rights.

The opposing position noted that an OUI conviction is not based solely on breathalyzer test results in a vacuum. Other elements of the crime of OUI must be proven, too, including that the driver was in fact operating the vehicle under the influence and that the vehicle was being operated on a public highway or road, and not on private property.

The justices were intrigued by the idea that suspected drunk drivers have the right to counsel prior to a breathalyzer, and asked many questions about how such a right would be implemented. If a driver is pulled over and asked to submit to a breathalyzer test roadside, how would the suspect contact the lawyer? What if it is the middle of the night and the lawyer cannot be reached? What if the suspect cannot afford a lawyer? Would the state appoint one on the suspect’s behalf?

While the issue of whether suspected drunk drivers have a right to a lawyer prior to deciding to submit to a breathalyzer test is still a question to be decided by the state high court, those who are facing OUI charges need to get in touch with an experienced OUI criminal defense lawyer now. Our Attorney can assist you in developing a OUI criminal defense strategy that is right for your particular circumstances. Please do not hesitate to contact OUI defense Our Attorney