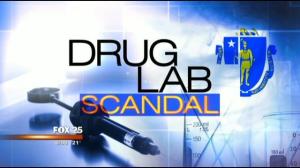 Imagine facing a drug offense. You were arrested, an alleged “drug” sample was taken from you during your arrest, you were charged, and are now facing trial. What if you learned that during the testing of the alleged “drug” sample, the lab analyst mishandled the sample? What if they merely visually inspected it, rather than conducted chemical analysis on the sample and then reported the result? What if those results were used at your trial? Its simply unfair. However, prosecutors unwittingly used drug evidence based on flawed lab results to obtain convictions. Hiring a lawyer to investigate this occurrence and to overturn your conviction or get you a new trial might be your next step.

The Wall Street Journal recently reported on a case before the Massachusetts Supreme Judicial Court that could have a significant impact on thousands of low-level drug convictions in Massachusetts. The Court is reviewing the issue of what to do when a conviction is made, but it is later discovered that the conviction was based on faulty drug lab test results.

It was discovered in 2012 that a chemist in a Massachusetts drug lab, Annie Dookhan, had taken actions that now cast doubt on the accuracy of test results for which she was responsible while working in the lab. Rather than conducting the required chemical analysis testing of certain drug samples obtained as evidence in criminal cases, Ms. Dookhan would visually identify the drug sample and would report her observations as test results. Convictions were later handed down by the Massachusetts courts based on Ms. Dookhan’s scientifically unverified test results.

Ms. Dookhan had a reputation as a very productive chemist within the lab that she worked in, but it was discovered that she had been skirting proper lab procedure to achieve her production goals. In her own criminal trial, Ms. Dookhan pled guilty to 27 charges for her misconduct.

The Massachusetts high court already issued a decision in March permitting those defendants whose test results were handled by Ms. Dookhan to a presumption that the test results were tainted by her misconduct, if the defendant could demonstrate that he or she would not have pled guilty (plea bargained) with the knowledge of Ms. Dookhan’s mishandling of the defendant’s test results. Nearly a thousand individuals have sought relief and new trials under that decision, and 375 individuals were released from the Department of Corrections by the end of 2014.

A total of 40,323 drug cases may have been affected by Ms. Dookhan’s actions, which prompted the American Civil Liberties Union of Massachusetts to file a petition arguing that test results should be presumed flawed for any and all cases handled by Ms. Dookhan and that convictions based on those flawed lab results should be thrown out. The District attorney countered with the position that the cases where a conviction was rendered based on Ms. Dookhan’s test result reports should be reviewed case-by-case.