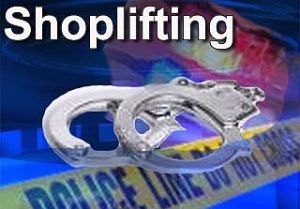 Shoplifting is a form of theft. To prove someone guilty of this crime the district attorney needs to show that the merchandise was taken away, or concealed with the intention of taking it away from a merchant. Altering price tags or switching merchandise from a more expensive container to a less expensive one to avoid paying the actual price is considered shoplifting in Massachusetts. Taking shopping carts out of stores is also considered shoplifting.

The punishment for a shoplifting conviction ranges from a nominal fine to potential jail time depending on the amount of goods stolen and whether the accused has any prior convictions for this crime. The bottom line is this: you don’t want to have a shoplifting conviction on your record. For first time offenders your lawyer should be able to resolve this case in your favor. You should not have a criminal record if you are properly represented.

Penalties Assessed by the Store

Massachusetts law permits merchants victimized by shoplifters to sue for damages and to recover a fine of up to $500 (five hundred dollars). Merchants routinely take advantage of this law by hiring law firms to send out demand letters requesting payment of the fine (usually the $500) in exchange for not filing suit. This is tantamount to a scam. I have had countless clients come into my office and tell me that they already paid the fine believing that they would not be charged criminally. This is a big mistake. The fine does not exonerate you criminally. Instead, you will often be required to make restitution or pay court costs in addition to that fine. The demand letters pertaining to the fines are worded in ways that mislead you and make you believe that the case will be over if you make payment. Before you send anyone a payment make sure you consult with a lawyer. This fine can be negotiated down and at times wiped out entirely. Moreover, most district attorneys are cognizant of these fines. If you did in fact make payment prior to being charged criminally make you tell this to your lawyer. Some prosecutors take this into account in coming to an agreement on resolving your case.

The Law Offices of Stephen Neyman, PC has been defending these cases for twenty-eight years. Call us at 617-263-6800 or send us an email if you have been charged with a crime. We can help you.