Yesterday the father of a teenager accused of kidnapping, rape and other Massachusetts sex crimes was indicted for misleading a police investigation. Authorities alleged that the police requested Matthew Cyckowski surrender his son’s cell phone. Cyckowski provided his own instead. The crime proscribed by Massachusetts General Laws Chapter 268 Section 13B(1)(b)(iii) which provides in relevant part that anyone who misleads a police officer with the intent to obstruct that investigation is guilty of a felony and can be punished by up to ten years in prison. This post discusses this portion of that statute and concerns that may confront parents in similar cases. 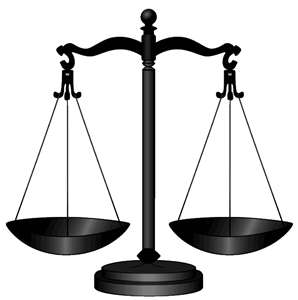 Does a Failure to Cooperate With the Police Constitute a Violation of the Statute?

Any criminal defense lawyer will tell you that you have no obligation to speak with law enforcement. If the police want to talk to you you have the absolute right to decline their invitation. If you do talk to them however you do so at your own risk. If you lie to a police officer your statement can, in some circumstances be viewed as an obstruction of their investigation. In that case you might find yourself in trouble. G.L. c. 268 Section 13B was designed to protect the public interest in a fair administration of justice and to deter people from interfering with criminal investigations. Here, Cyckowski did not have to surrender the phone unless of course a warrant had issued. However, the misleading act, if deliberate, got him into some trouble here.

Do Parents Have to Testify Against Their Children if Called as a Witness?

In 2000, the Massachusetts Supreme Judicial Court addressed this issue in the case of In re Grand Jury Subpoena, 430 Mass. 590 (2000). There, the parents of a juvenile rape suspect were subpoenaed before a grand jury to provide testimony concerning communications they had with their child. The Supreme Judicial Court refused to recognize a parent-child communication privilege, instead deferring to the legislature to create one if desired. Consequently, the parents were made to testify at the proceeding. Similarly, in this case the district attorney could have called Cyckowski to testify against his son if they believed he had useful information concerning the kidnapping, rape and sexual assault case.

The Police Want to Talk to Me About My Child…What Should I Do?

As with any case, before you talk to the police consult with a criminal defense lawyer. Parents will and often do anything to protect their children. When the matter in which the child is involved is a crime parents have to be careful how they act and what they say. Sometimes, in an effort to protect their children parents actions constitute crimes. Disposing of evidence is a classic example of criminal activity committed by parents simply trying to help their children. If you tell the police what you did you are going to be in trouble. If you lie to them you will also be in hot water. To be safe, contact a criminal lawyer. Doing so will protect not only you but possibly your child as well.

The Law Offices of Stephen Neyman, PC is committed to defending the accused and helping people exercise their constitutional rights. Call us at 617-263-6800 or send us an email. We can and we will help you.