One of the more highly profiled criminal defenses, especially in cases involving murder or attempted murder, is insanity, meaning that the defendant was insane at the time of the crime. This criminal defense strategy is often popularized in movies and by the media and often brings a touch of drama to the courtroom when presented as a viable criminal defense. When facing an insanity defense, juries are disinclined to find for a defendant asserting an insanity defense. Presumably this is because it is very hard to imagine someone committing the alleged crime, especially if it is heinous or shocks the conscious, and not being aware that the crime being committed is wrong. 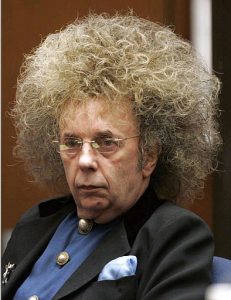 The Burden of Proof for an Insanity Defense

Insanity defenses require a lot of digging for evidence of the pre-existing mental condition. It can be a difficult defense to assert and win, but if a mental illness existed at the time of the crime, insanity might be a strong defense to criminal charges.

The burden is on the defendant to prove that he or she was acting under duress, i.e., he or she was forced to commit the crime. It is a defense used in many different types of crimes, and is most commonly seen in cases involving prostitution or other sex crimes.

Sometimes actions that would seem like criminal actions happen as the result of an accident. This defense is often raised for assault and battery cases and is sometimes raised in murder cases. In cases where the defendant can assert accident as a criminal defense, he or she must not have had the requisite criminal intent to commit the crime. Once asserted, the prosecution has the obligation to prove beyond a reasonable doubt that the crime was not an accident.

When You Need A Massachusetts Criminal Defense Attorney