Perhaps the most common complaint I get from clients about police officers involves stops, searches and seizures for apparently no reason. The client will tell me that he wasn’t doing anything and that the cops searched him anyway. Or someone might say that he was pulled over, removed from his car and that he and the car were searched. Now keep in mind none of these people would need my services unless the police found something during the illegal search that suggested a crime was committed. So the next question I get asked is “how can I prove that the police searched me for no reason?”. This article examines what criminal defense lawyers can do in these situations. 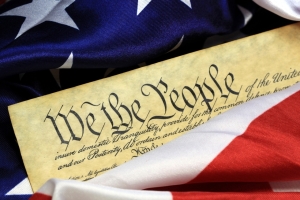 The starting point for just about any criminal case is a thorough review of the police report. Not all police officers who conduct an illegal search and seizure are aware that what they did was unlawful. They might think their actions were justified. Their report might be an accurate account of what happened. If that is the case, and what they did was constitutionally deficient then their very words might help you win your case. So don’t always assume that cops lie. Some tell the truth and their errors and inexperience can be your best weapon for attacking the search.

As I have mentioned in several posts in the past, since 9/11 there are cameras everywhere. As a matter of fact, three of the last four murder cases I tried were all caught on videotape. No matter where you are you are likely to see a video camera. Your lawyer can file a motion to obtain footage captured on that equipment. Sometimes the district attorney will be ordered by the judge to contact the person responsible for maintaining the video and make sure it is preserved. No matter what, make sure that you go back to the area, look around and photograph anything you think might have recorded the activity.

The People You Were With Can Testify For You

Often times when people are searched they are with friends or family members. It only makes sense. Who people associate with? Friends and family members. These people can help you. Most people if properly prepared can be good witnesses. Judges hearing challenges to searches and seizures have to evaluate witness credibility. Good judges do this independently. They don’t necessarily favor or disfavor cops. Rather, they listen to the evidence and make findings. This makes your choice of a criminal defense lawyer critical. You need a lawyer who is experience, good and familiar with the court and the judges you might argue your motion before.

The Law Offices of Stephen Neyman, PC has been in business for nearly three decades. We defend the accused throughout Massachusetts. If you need a lawyer call us. Our number is 617-263-6800. We can always be reached.