When Massachusetts law enforcement officers suspect that you are driving under the influence, they are permitted to request you to submit to chemical testing under M.G.L. Chapter 90, Section 24. The chemical testing could include a breathalyzer test, urine test, or a blood test. Blood sample tests are one of the most accurate forms of testing that can be conducted to determine a person’s blood alcohol concentration at a given time. 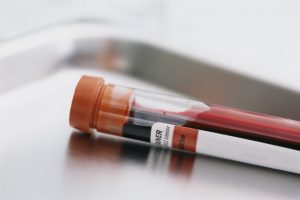 So, if your DUI case has blood sample evidence in it, it is important that you consult with an experienced Massachusetts DUI/OUI criminal defense attorney as soon as possible. While blood test results are usually good evidence for the prosecution, this evidence can only be entered into your case if the test was properly conducted and if protocol was properly followed while testing the sample. A knowledgeable lawyer will know when and how to fight against blood sample test results being introduced in your case.

Blood tests are not as common as breathalyzer tests, but they still occur fairly frequently. A blood sample can be drawn in two situations. Either law enforcement makes a request that a blood sample be drawn, or a blood sample is drawn while the individual is admitted to a hospital or emergency room. Blood samples are often taken in cases where an automobile accident occurred and a driver is suspected of being intoxicated behind the wheel. Law enforcement might request an emergency medical technician to draw a blood sample, or blood might be drawn when the driver arrives at the hospital for medical treatment.

Your DUI defense lawyer will know the importance of protecting you from illegally or improperly obtained evidence, such as blood sample test results. The judge and jury should only have access to evidence that is properly obtained by the prosecution. There are a number of ways that this type of evidence can be kept out of a case, and your lawyer will know how best to fight the entry of this evidence in your particular case. For instance, your lawyer could: