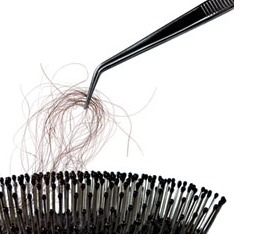 The Massachusetts state police recently have begun to review numerous criminal cases where convictions were made based upon hair sample evidence according to WCVB 5 News. Apparently state crime lab workers were trained on how to perform hair evidence analysis testing incorrectly by the Federal Bureau of Investigation, and a number of criminal defendants have been wrongfully convicted as a result of this improper analysis technique.

The FBI performed an audit and learned that state crime labs had processed hair samples incorrectly with a technique that the FBI itself instructed them to use. Discovering that the hair analysis technique was improper at the federal level means that state crime lab employees were improperly trained and further propagated the improper technique in state labs, such as those in Massachusetts.

The problematic hair testing technique has affected cases spanning from the 1980’s until 2000, before DNA testing was largely used in state crime labs. Crime lab employees would have to perform analysis on the hairs themselves. Nowadays, DNA testing of hair is usually used, and DNA testing is considerably more reliable than the old hair analysis technique. To illustrate just how prevalent this bad testing procedure was during the timeframe in which it was used in crime labs, more than 4,000 criminal convictions have been reviewed, which only covers a time frame of two years spanning from 1980 to 1982.

Early in February, a convicted man named George Perrot, who spent more than 30 years in prison for a rape crime he did not commit, was released from the Massachusetts prison system after it was determined that his conviction was based on this improper testing technique. Despite the fact that the victim asserted that her attacker was clean shaven, and Perrot had a full beard and mustache at the time he was arrested shortly after the rape occurred, Perrot’s conviction was based in part on a single strand of hair evidence that was analyzed under the improper hair evidence analysis technique.

When Crime Lab Testing is Improper

The past few years have been tough for criminal defendants when it comes to the work that the state crime labs have been doing in the pursuit of justice. Whether the problems in these labs stems from bad science or procedural techniques, or rogue employees, criminal defendants are getting the short end of the stick. Convictions are made evidence that is mishandled or improperly analyzed, and it is not right. As a result, drug, sex crimes and murder convictions are made against innocent people.

When you are truly innocent and you are facing serious criminal charges, it would be your worst nightmare to be convicted of a crime you did not commit. Do not let it happen to you. Fight your criminal charges or fight your wrongful conviction with the help of an experienced criminal defense lawyer. Our Attorney has more than twenty five years of experience helping criminal defendants beat or reduce the charges that they are up against. Please do not hesitate to contact Our Attorney immediately reaching out to her online.