Members of the Seekonk, Massachusetts Police Department executed a Search Warrant at 79 Back Street last Thursday. As a result, five people were arrested and charged with various Drug Offenses. Specifically, according to EastBayRI.com charges of Possession With Intent to Distribute Class D and Conspiracy to Violate the Controlled Substances Laws were filed in the Taunton District Court. Another source claims that the issuance of the Search Warrant came on the heels of a two month investigation. A third source states that one of the accused is charged with Possession of Crack Cocaine, others with Distribution of Marijuana. In all twenty two bags of marijuana were found during the search of the home. 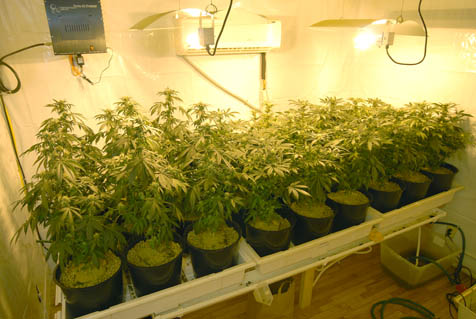 In these articles there is little information about how the police knew that marijuana was being grown in this home. From the charges that issued it appears that at least one of the defendants sold to an informant or an undercover police officer. There are however other ways to detect houses where marijuana is grown. Unusually high electric bills are often an indicator. Grow lights use a tremendous amount of electricity. Windows covered with dark plastic or heavy curtains sometimes indicate illicit activity. Condensation on windows is associated with marijuana cultivation. The humming of grow lights or rooms lighted twenty four hours per day might also signify the presence of this activity. There are of course innocent explanations that might account for the existence of these factors thereby making it extremely important that anyone charged with a Crime in Massachusetts contact an Experienced Massachusetts Criminal Defense Lawyer.

Our office has successfully defended hundreds of people accused of committing drug crimes for over twenty years. Call us now at 617-263-6800 to discuss your case or contact us online.