Craig Snow of Lynn, Massachusetts has been charged with violating the Massachusetts Social Host Law. The law states that anyone who sells or provides alcohol to minors or permits them to consume alcohol on your property can be charged with a crime in Massachusetts. The act occurred on March 21, 2010. A young woman was killed when a car being driven by her boyfriend drove through an intersection and crashed. The woman was ejected through the car’s sunroof. The driver, Christopher Maxson was charged with Motor Vehicle Homicide. According to reports, Snow admitted to hosting the party and claimed that the guests brought their own alcohol to is parents’ home. 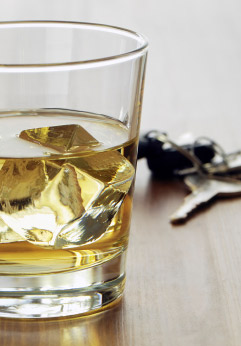 The Massachusetts Social Host Law is set out in M.G.L. ch. 138 Section 34. A conviction of this law means you are guilty of a misdemeanor. There is a maximum sentence of one year in the house of correction. The law states that you can be held criminally responsible for allowing someone under the age of twenty one to consume alcohol on your property. Under Massachusetts the Social Host can be an adult or a juvenile. These charges are becoming more prevalent in Massachusetts. Essex County seems to be taking the lead on these matters. The charges are serious and require the services of an Experienced Massachusetts Criminal Defense Attorney.

Anyone charged with a crime should call a Criminal Defense Lawyer immediately. Waiting too long to hire a lawyer can jeopardize your rights and strengthen the district attorney’s case against you. Call our office at 617-263-6800 anytime or contact us online.