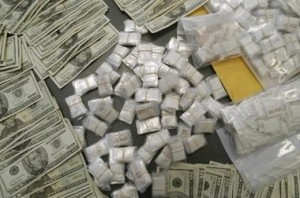 Today’s Metrowest Daily News reports that Massachusetts House of Representative leaders are considering a proposal that would increase the potential sentence of for heroin trafficking offenses. The suggested law is a reaction to the recent increase in heroin overdose deaths. This legislation would increase the maximum sentence that can be imposed on heroin dealers from twenty years in state prison to thirty years in state prison. Further details of the law were not discussed in the article. This post discusses this proposition.

What I find most interesting about this proposal is that it focuses on maximum sentences rather than minimum mandatory sentences. Time and time again it has been proven that minimum mandatory sentences do not deter drug trafficking. Most of the drug traffickers who get caught are known as “mules”. These are the people who transport the drugs from state to state. Their pay is extremely low. They might make two hundred dollars per kilo of cocaine or heroin. Most mules are here illegally. They are uneducated. They are ignorant. They are unaware of the dangers associated with high level trafficking. They have no idea what type of sentence they are looking at if they get caught. In essence they are being exploited by much more sophisticated people who get caught far less frequently. Having mules serve fifteen years for trafficking means nothing to their superior. The mule is simply replaced with another mule and more drugs. The sentence is not a deterrent.

The Purpose of Maximum Sentences:  To Punish Major Drug Traffickers

An increase in maximum sentences is not necessarily a bad thing. Judges can exercise discretion above the mandatory required. If done properly, the legislature’s concerns will be addressed. The people who are responsible for putting the contaminated product on the market will, if successfully prosecuted, now face a sentence designed to punish rather than deter. This is what the Massachusetts legislature seeks to accomplish with this new law.

Drug Sentencing Laws Are Slowly Moving in a Positive Direction

About a year and a half ago Massachusetts overhauled its approach to drug law sentencing. Mandatory sentences were reduced and in some cases eliminated. Legislators realized that stiff sentences do not stop or even curb the problem. Moreover, the state would not be able to financially support the jail and prison costs much longer. The amendment to drug statutes was a step in the right direction. So too, in my opinion is this proposed legislation a step in the right direction. The legislature is hastily creating a reactionary remedy to the problem. It is merely suggesting that prosecutors should be able to ask for stiffer sentences and judges permitted to impose them in situations that warrant greater punishment.

For nearly thirty years our office has been fighting sentencing laws in state and federal court. Call us at 617-263-6800 to speak with one of our lawyers if you have a question about a drug case. We will help you.