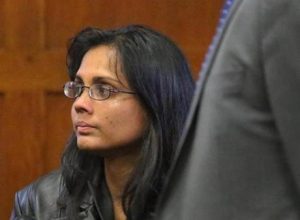 Countless criminal defendants who received drug convictions based on evidence handled by the state drug labs have been closely watching the developments in the Annie Dookhan case. Annie Dookhan was a former crime lab analyst who in 2012 admitted to mishandling hundreds of evidence samples and labeling samples as drugs, even when the samples were not drugs or were not properly tested. Once Dookhan’s misconduct was discovered by state police during a lab audit, it came to light that there were potentially hundreds of wrongful convictions made on Dookhan’s test results. Criminal cases that involved Dookhan’s handling of drug samples began to be reviewed and hundreds of convictions have already been overturned. Conventional thought was that victims of Annie Dookhan would sue for being wronfully convicted.

The Boston Globe recently reported that some of Dookhan’s victims have tried to fight back by suing the state and government for the wrongdoings of their state employee. One Boston victim, David Jones, was facing charges for selling crack cocaine, and was wrongly convicted based on evidence mishandled by Dookhan. Jones served his full prison sentence of two and a half years for his alleged crime before his conviction was overturned in light of Dookhan’s misconduct. After the conviction was overturned, Jones sought financial compensation from the state through a federal lawsuit against three of Dookhan’s supervisors, Julie Nassif, Linda Han and Charles Salemi. The Jones lawsuit does not name the state as a party to the suit – only the three supervisors are named defendants.

Despite evidence that the Office of Inspector General conducted an investigation and found that there was a pattern of mismanagement at the laboratory where Dookhan worked, a jury found that the three supervisors conducted themselves in an appropriate and reasonable manner, had no knowledge of Dookhan’s behavior in the drug lab, and that they carried no liability for the wrongful acts of Dookhan.

Does the Jones Case Pave the Way for Other Cases Like this One?

The Jones case was the first lawsuit to make it to trial of a rash of cases made by individuals who spent time in jail because of the wrongful criminal convictions made in reliance upon drug evidence that was handled by Dookhan. Although Jones’ lawsuit did not end well for Jones, the lawsuit brings attention back to this serious scandal involving the state’s drug testing labs. Other lawsuits in the future concerning Dookhan’s misconduct will name the state, as well as higher levels of state government, in an attempt to secure financial compensation for the time these victims spent in jail.

If nothing else, the failed lawsuit at least continues to test the boundaries of who should be held accountable when state-employees tamper with drug evidence. If you are facing drug charges, you need to contact an experienced criminal defense lawyer.