Sometimes people make mistakes and don’t exercise their best judgment when it comes to drinking and driving. That seems to be the case for Massachusetts State Trooper, Dale Jenkins III, who is the subject of a recent article in the Lawrence Eagle Tribune. Jenkins, of North Andover, has a 14-year history of service with the state police, in addition to belonging to a family legacy of law enforcement officials; Jenkins is the third generation in his family to serve in law enforcement in the state of Massachusetts. However, according to the Tribune, Jenkins was admitted to the emergency room at Lawrence General Hospital after being involved in a car accident, but refused to provide the medical staff with samples of his blood and urine for testing purposes, which fueled accusations by the state prosecutor during Jenkins’ arraignment hearing that the trooper was intoxicated at the time of the accident. 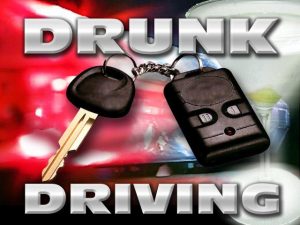 The accident occurred very early on a Saturday morning. Police reports indicate that Jenkins was driving a ’65 Corvette on Sharpner’s Pond Road when the accident happened. Jenkins friend, Gerard Letendra, was also in the vehicle at the time of the crash and was left in critical condition after the accident. Latendra’s injuries were so severe that he was taken by medical helicopter to Boston’s Beth Israel Hospital.

Jenkins was also taken to the hospital, where he was arrested after he refused to submit to a Breathalyzer test. The doctor who treated Jenkins in the ER, in addition to an ER nurse, both told police that they had smelled alcohol on Jenkins while he was being treated. Jenkins was charged with operating under the influence and carrying a firearm while intoxicated. Immediately after the accident, Jenkins was relieved of duty and was later suspended without pay indefinitely. His license to carry a firearm was suspended (the gun he had on him after the accident was his own private firearm, and not his state-issued firearm). By refusing the Breathalyzer, Jenkins’ driver’s license will also be suspended.

Refusing a Breathalyzer Test In Massachusetts