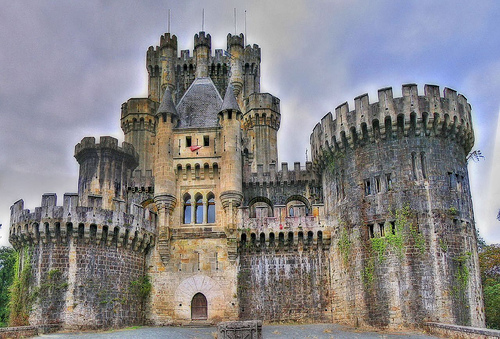 Massachusetts General Laws Chapter 278 §8A provides a defense to someone who is being prosecuted for Murder in Massachusetts. The law states that it is a recognized defense for anyone who is the occupant of a dwelling and is charged with killing someone who was not lawfully in the home so long as he acted with the reasonable belief that this person was about to inflict death or great bodily injury on him or on someone else who was lawfully in the home. This law does not require a duty to retreat. Even though this is a defense to the most serious crime in Massachusetts there are some extreme limitations to its use. The Castle Law takes root in English Common Law where a belief was held that “one’s home is one’s castle”. Some states apply the doctrine to places outside of the dwelling. For instance one’s car or workplace are in some states considered sacred ground making available the defense.

In Massachusetts the Castle Law does not apply to a killing committed in the defendant’s driveway. This law does not apply to stairs outside of the dwelling. Nor does the law apply to porches attached to the home. Even where porches or stair provide direct access to the home the rule has been held not to apply. In other words, a porch is not an extension of a living room even if that porch is the point of entry to the living room. The Castle Law does not apply to the killing of an invited guest even where the invited guest “launches a life-threatening assault on the defendant”. Massachusetts case law makes clear that the purpose of this law is to permit the use of deadly force against intruders, not invitees. There are instances where the status of the “guest” can change and make his or her presence unlawful. For instance, if the person is ordered to leave and refuses to do so his status becomes that of a trespasser and at that point he is not lawfully in the dwelling.

The decision of whether to instruct the jury with the Castle Law Defense in Massachusetts lies with the judge. The judge is to view the evidence relative to this issue in the light most favorable to the defendant. A failure on the part of the defendant’s criminal defense attorney to ask for an instruction on this defense might result in a reversal of any conviction if the facts of the case warranted such an instruction. Once again this shows just why when hiring a lawyer you need to find someone with experience. For any criminal case, particularly the more serious criminal cases your lawyer should be someone who focuses exclusively on criminal defense. You do not want to take any chances with someone who merely dabbles in criminal defense work. You want a lawyer who is in court every day, defending the accused and working with and against the prosecutors.

Anyone charged with a crime in Massachusetts needs a Massachusetts Criminal Lawyer. At the Law Offices of Stephen Neyman our lawyers have extensive experience defending the accused. You can call us anytime at 617-263-6800 or you can contact us online. It is never too early for us to start defending your case. No matter where you live, Methuen, Saugus, Cambridge or anywhere we will be there for you.