The drama for the Men’s World Cup has not been limited to the win and loss columns or to the untimely exit of the United States Men’s team. Soccer sensation and Uruguay’s marquee player Luis Suarez was fined $100,000.00 and banned from the sport for four months for biting the ear of Italian Defender Giorgio Chiellini. This raises an interesting issue of whether this type of conduct warrants criminal prosecution. 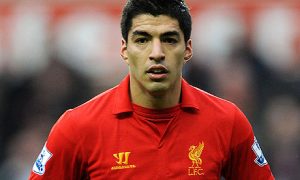 Assault and Battery Defense in Massachusetts

Since Athletes Consent To Physical Contact Can A Player Ever Be Charged With A Crime?

It is true that when individuals voluntarily participate in any contact sport there is a risk of injury.  When someone consents to participate in such an activity he or she can expect to be injured in the normal course of the athletic event. However, when players engage in conduct that is outside of the scope of the event-such as biting in soccer-I believe that criminal charges could be lodged.

What Possible Crime Could Be Charged In This Situation?

In Massachusetts assault and battery is considered a misdemeanor, which means that the most serious penalty involves a commitment to a jail or a house of correction as opposed to state prison. However, if convicted a defendant can receive any sentence ranging from probation to jail.

Can An Individual Be Charged With Assault And Battery By Means Of A Dangerous Weapon For Biting Someone?

No.  A body part is not considered a “dangerous weapon” in Massachusetts. The only situation in which a body part can satisfy this element is in the event that a foot, which is covered by a sneaker or shoe, is alleged as the weapon.  This is often referred to as a “shod foot.”

What Are Potential Penalties For Assault And Battery By Means Of A Dangerous Weapon?

Assault and battery by means of a dangerous weapon is a felony.  A felony is any crime in which a defendant faces the possibility of a state prison sentence if convicted. However, that does not mean that a defendant will necessarily receive that sentence. In most situations a judge can use his discretion and sentence a convicted defendant to term of probation, jail or state prison. This crime can be prosecuted in either the district court or the superior court.

In closing, contact sports are fun, thrilling and have been a source of entertainment for many years in the United States. However, keep in mind that a player’s willingness to participate does NOT give a green light for the opponent to play dirty and engage in conduct outside of the normal realm of the activity.