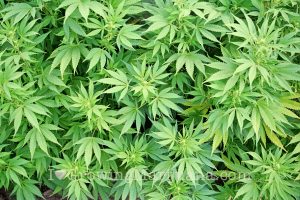 Is The Smell of Pot Enough For a Search

Whether pot should be legal is a hot topic across the country. Several states have enacted laws legalizing the use and possession of marijuana, and many other states are considering similar legislation. Many think that Massachusetts may become one of the next states to legalize pot, and marijuana is already legal in the Bay State for medical use. Possession of marijuana for personal use has been decriminalized in Massachusetts, and being caught with one ounce or less in your possession is a civil offense and requires the payment of a fine of no more than $100. Getting caught with more than an ounce for personal use is a misdemeanor and could carrying some jail time and a fine. Significant jail time and hefty fines still exist for those individuals who get caught with a large amount of pot in their possession. So a question in marijuana drug cases that seems to arise is “is the smell of pot enough for a search?”

The consequences for being caught with a small amount of marijuana in your possession don’t seem so bad. However, possession with the intent to distribute, actual distribution, and cultivation are still illegal. Police arrest people often for having criminal sized quantities of pot in their possession. In some cases, police may find a stash during a search, and decide that you have the intent to distribute. Its important to know your rights concerning a search of your person or vehicle.

Sometimes when police find marijuana in the possession of a suspect it is because the officer is conducting a valid search, with a warrant, for some other reason, and the marijuana is discovered during the search. Warrantless searches can also be conducted and incidentally produce a drug charge, for example, in situations where a suspect is carrying a weapon illegally and visibly, and the police stop and search the suspect and the suspect happens to also be in possession of some marijuana.