Recently I was meeting with a new client who was charged, among other things with resisting arrest and assault and battery on a police officer. The defendant is a college student who was leaving a party in a Boston neighborhood. His story is unnerving and very common in Massachusetts, particularly for high school and college aged students. I have seen these facts frequently.  Fortunately for my clients most district attorneys are familiar with this scenario and the resolution for the accused is typically favorable. Here is the young man’s story, the defenses to the case and the ultimate result. 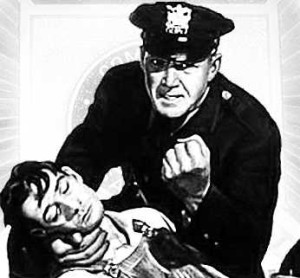 Resisting Arrest and Assault and Battery on a Police Officer

The illicit accusation coupled with the marijuana possession prompted the client to turn around and start walking away from the cops. They demanded he stop and return to them. He did not turn around. Rather, he stated that he did nothing wrong and that he was going home. One of the officers then jumped him from behind. He hit the ground hard. He was hit several times by the officer. The other officer did and said nothing. The young man was then arrested and charged with resisting arrest, assault and battery on a police officer, procuring alcohol for minors and possession of marijuana.

Defenses and Resolutions to the Charges

Initially the client wanted to go to trial and fight these charges. He was incensed at the officers’ treatment of him. We weighed the pros and cons of trial. If he went to trial it would be his word along with his friend’s against that of the two police officers. There were no other witnesses. There were no surveillance or security videotapes of the incident. Afraid of the possibility of losing the case the defendant sought an alternative to trial. Addressing two of the charges was simple. There were not witnesses supporting the claim of procuring alcohol for minors. We got that charge dismissed after a hearing on a motion. The possession of marijuana case also failed. The quantity was only a few grams. The district attorney agreed that that charge was not sustainable and they nolle prossed (dismissed) that charge.

The remaining charges were somewhat more challenging. Along with the friend who was with my client that evening I met with the assistant district attorney prosecuting the case. The friend was clear that the officers were the aggressors and that my client did nothing wrong. The prosecutor was in a quandary however. They usually don’t want to tell the cops that they don’t believe them. So the prosecutor did what good experienced district attorneys do. He reached out to the cop and asked if he would mind a dismissal of the resisting arrest and assault and battery charges in exchange for a letter of apology from my client. The reason for this is clear. The cops don’t want to get hit with a civil rights lawsuit and a letter of apology will insulate them from that possibility. While my client cringed at the idea of having to apologize for something he never did he knew that a dismissal of all charges was the best result he could get. He wrote the letter and all charges were dismissed.  This is how most of these matters get resolved in Massachusetts.

There Is No Substitute For Experience

Attorney Stephen Neyman has been defending the accused for nearly three decades. We can be reached any time of the day or night. Call us at 617-263-6800 or send us an email. We can help you get the right result.