The duty of the office of the district attorney in Massachusetts is not only to prosecute cases but to screen criminal allegations to determine if in fact a crime was committed. Sometimes this screening process fails. Young prosecutors ignorant of the law might pursue charges that are not sustainable by the evidence. Sometimes prosecutions are initiated recklessly without consideration of the truth of the allegations. Other times prosecutions that are not supported by the evidence are brought about through vindictiveness. Fortunately there is a rule of law that might be applicable in these instances that will exonerate the defendant notwithstanding the prosecutor’s efforts. This rule permits a judge to enter a required finding of not guilty and dismiss the charges. 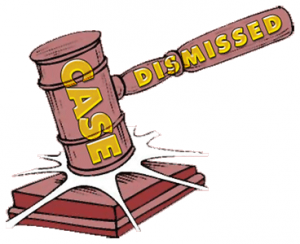 Lawyer Who Gets Cases Dismissed

Getting a Case Dismissed Under Massachusetts Rule of Criminal Procedure 25

Rule 25 permits the defendant to file a motion asking for dismissal after the government has presented its evidence or after all of the evidence has been submitted. The judge then makes a finding as to whether or not the facts adduced during the trial support the complaint or indictment. If the judge finds that the evidence does not provide such proof a dismissal of the charges will enter. A judge can also allow a timely filed motion after a guilty verdict. Or, the judge can reduce the verdict to a lesser included offense. The prosecution can appeal this ruling but may be liable for defense costs if the appeal fails.

The Standard for a Required Finding of Not Guilty

Before a judge call allow the motion he must decide whether the evidence, viewed in the light most favorable to the prosecutor was sufficient to sustain all elements of the offense beyond a reasonable doubt. The judge is not supposed to consider the credibility of the witnesses when making this decision. Conflicts in the evidence are to be sorted out by the jury, not the judge. These motions should be allowed where the prosecutor does not provide sufficient evidence to support the crimes charged.

Win Your Case Before the Jury Even Deliberates

Our office has won countless cases by filing motions for required findings of not guilty. We have won rape cases, robberies, drug cases burglaries and more by filing this motion after the prosecution has presented its evidence. We recently won a large drug trafficking case in this manner. The defendant was looking at fifteen years mandatory prison time if he was convicted of the crime. Had this motion not been filed the cases would have been submitted to the jury for its consideration and there is no guarantee that the results would have been the same. It is always better to have your case dismissed than to leave it in the hands of a jury.

Hiring a criminal lawyer who is familiar with the law is the best decision you can make. For nearly thirty years Attorney Stephen Neyman has been handling criminal cases. There is no substitute for experience and our office has successfully tried hundreds of cases. Call us if you need a lawyer.