Very few criminal acts are considered more hideous than rape. This crime is commonly defined as non-consensual forcible sexual intercourse. The element of force is required in every rape case. Force must be proved beyond a reasonable doubt. However, there is no requirement that the district attorney prosecuting one of these cases show that the complainant was beaten or held down. There is no requirement for the district attorney to show actual force in the commission of this act. The force necessary to prove a rape need not be physical. Constructive force satisfies the prosecutor’s if proven beyond a reasonable doubt. This post discusses a common defense to some rape cases focusing on the issue of consent. 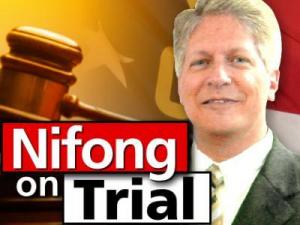 Consent is a Defense to Rape in Massachusetts

Consent to having sexual intercourse is an affirmative defense to allegations of rape. This defense is often used in cases involving teenagers (ages sixteen or older) or young adults. Here is an example of a case I was involved in that is typical of this situation. A young man came into my office. He had been charged with rape in the district court and the case had not yet been indicted. This man was twenty-two. The complainant was twenty. She claimed that she and the defendant had broken up. She went to his home to get some belongings she left behind. The two went for a walk during which time he asked her to have sex one more time. She claimed that she rejected his advances. Contrarily, he claimed that she agreed. They had intercourse outside next railroad tracks abutting his home. The police report was forwarded to the district attorney’s office and the case was charged.

Why Would a Victim in a Rape Case Lie?

There are many reasons why victims in rape cases lie. The most common is to that they need to save face with friends, significant others or spouses. In the case discussed in the preceding paragraph, after having sex with the defendant the victim went home. She was met there by her boyfriend who, having known that she was going to the defendant’s home confronted her about being late. Unable to tell him the truth she broke down, cried and claimed that she had been raped. The boyfriend called the police. The complainant was interviewed. She provided a story similar to the one her boyfriend told the police over the phone and a complaint issued. Fortunately, our investigation produced enough evidence to refute the lies that we secured a dismissal of the rape charge before indictment.

In another alleged rape case, we represented a college student who, along with two of his friends had sex with a willing participant. She too was a student at the same college. After having sex, the boys told several friends about what they had done. The girl’s friends found out as well. They confronted her about this and called her various insulting names. She defensively responded that none of this was true and that she was raped. The friends called the campus police. They called the local police and a rape charge was brought. Again, a thorough investigation helped us exonerate this client.

The point however is real and often scary. People do lie about being raped. They do so either looking for attention, sympathy or, as mentioned above to save face when they regret what they consensually agreed to do.  We know how to defend these cases. Call us at 617-263-6800 or send us an email to discuss your case. We will help you with your case.