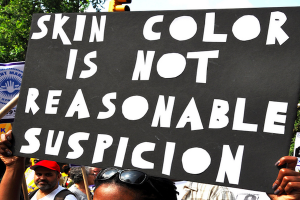 No matter what time of day or night law enforcement in Massachusetts is out patrolling the highways and roads to keep drivers safe. Law enforcement will be on the lookout for anything that seems to be amiss amongst drivers on the road, and they will be making traffic stops if they believe that drivers have violated the law. A law enforcement officer must have reasonable suspicion that a driver has violated a traffic law before he or she may pull a vehicle over to the side of the road. If the traffic stop reveals evidence that gives the police officer probable cause to make an arrest, then he or she will make an arrest as appropriate.

Police can not just stop you for no reason. Instead, they must have some articulable and reasonable suspicion that you have broken the law. Some of the most common grounds that Massachusetts drivers are pulled over by law enforcement include:

A traffic stop can reveal much more to a police officer than he or she knew or observed prior to making the stop. For instance, at the time the police officer makes a traffic stop, all he or she has knowledge of is the driver’s behavior behind the wheel preceding the stop. Upon walking up to the vehicle, any evidence of criminal activity that is simply lying in the vehicle in plain view can give the officer probable cause sufficient to make an arrest.

For instance, if a driver is pulled over for speeding and swerving between lanes of traffic, and upon approaching the vehicle after the stop is made, the police officer observes drug paraphernalia laying out in the back seat of the vehicle, and the driver appears to be high on heroin, the officer can make an arrest based on the drug evidence.

On the other hand, police cannot arrest you simply because your vehicle smells like marijuana, without other evidence to suggest that you are high while driving. This is because marijuana possession is no longer illegal in Massachusetts. However, it is important to note that driving under the influence of marijuana is illegal, so if you are high on marijuana while driving, law enforcement can and will arrest you.