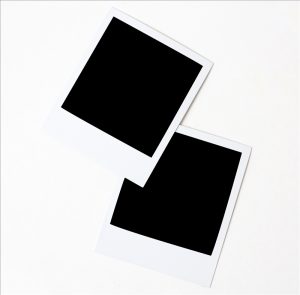 Defense Against a Domestic Assault Allegation

Unfortunately, many domestic violence cases turn into a “he said/she said” scenario. When a lack of reliable evidence is present, justice is left at the door. But it doesn’t have to be. If you have been falsely accused of domestic assault, you can protect yourself by taking thorough and accurate pictures of the incident and injuries you received. This will help mount your defense against a domestic assault allegation.

When police have been called for a domestic assault, they will rely on statements made by the accuser, usually in the heat of the moment. These statements are often false, misleading, or exaggerated. After tempers have cooled, it is too late to retract these statements. For that reason, it is crucial that you collect any and all evidence that creates a more accurate picture of the situation. This is especially true if you were a victim in the exchange and were merely acting in your own defense.

When a charge is made, law enforcement usually does not take photographic evidence. Generally, they record verbal statements from both parties. Even if police take photographs at the scene, they will probably only take pictures of the “victim.” The police simply do not work that hard to gather evidence in defense of a suspect, especially if you do not need medical attention at the time. Do not expect the authorities to act on your behalf. Instead, have a trusted friend or family member photograph any injuries you have suffered. These photos should be thorough and clear. Also, be sure to photograph any damaged property, especially torn clothing, which can be later used to show the accuser was actually the aggressor.

Believe it or not, the location and type of injury can demonstrate whether it was received offensively or defensively. Offensive injuries, received by an aggressor, are typically found in the hand or knuckle area. Defensive injuries are typically found near the face, neck, or back. For that reason, if you were attacked first, you don’t have to worry about the photos being used against you. Your injuries will be all the proof you need.

Being accused of domestic assault is an emotional and stressful experience, but don’t let the stress of the situation keep you from protecting yourself. The goal is to preserve any and all evidence you can. Bruises or scratches can disappear with a few days, and red marks or abrasions disappear even faster.

Be sure to take pictures of your injuries every day for a last a week, as some bruising might not be visible until a day or two after the incident.

You have no idea how valuable this type of evidence can be in the hands of a skilled defense attorney. They can either be used to demonstrate that the allegations against you are false or that the accused was the aggressor. If you have been falsely accused of domestic assault, contact my law office for a consultation. I can review the details of your case and use the evidence to help you get the justice you deserve.