The Lawrence Eagle Tribune reported that a triple murder trial is underway in the Salem Superior Court related to a 2011 murder of a Lawrence woman and her two teenaged children.  Jose Luis Tejada has been charged with murder for the deaths of his girlfriend, Milka Rivera, 39, and her two children, Sachary Montanez, 19 and Max Ariel Montanes, 16 on September 4, 2011 during Labor Day weekend. The bodies were found all together in one of the children’s rooms. 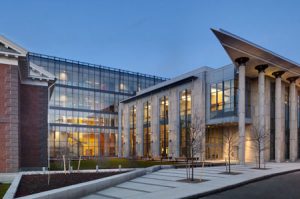 The allegations against Mr. Tejada are that he fatally shot each member of the family with a .357 Magnum, and shot Max Ariel twice. The gun was found outside the backdoor of the apartment in which Tejada and Rivera were living in with the children, however no DNA evidence was recoverable from the weapon, and thus the gun cannot be placed in the hands of Tejada. This lack of DNA evidence puts the prosecution in a tough position as they have to prove that Mr. Tejada committed the murders beyond a reasonable doubt.

The Prosecution’s Parade of Witnesses

The prosecution has indicated that the jury comprising six men and ten women will hear from a series of witnesses regarding whether Mr. Tejada committed these crimes. In particular, the prosecution claims to have witnesses that Mr. Tejada confessed his crimes to, in addition to police officers who reported that Mr. Tejada admitted to the killings and justifying his actions by saying that he was tired of the family yelling at him. The prosecution further plans to present testimony from other police detectives, crime scene analysts and chemists concerning this case.

The defense did not elaborate on what its defense strategy would be concerning Mr. Tejada’s case, other than emphasizing the prosecution’s burden of proof, and this leaves the outcome of the case up for speculation. There has been no assertion of an alibi or that there has been a misidentification of the defendant as the suspected killer so far in the case, and the facts of the case do not seem to support a claim of self defense or the defense of others, which are the two most commonly asserted defenses in murder cases, even if Mr. Tejada were the shooter as alleged. Nor do the facts seem to support extenuating circumstances, such as the defendant was insane at the time of the crime, suffered from mental incapacity or was under the influence of intoxicating substances at the time the crime was committed. In light of the limited details as to the defense of Mr. Tejada, it will be interesting to see how this case proceeds over the next few weeks.

Getting in Touch With a Massachusetts Criminal Defense Attorney

Our Attorney is a seasoned criminal defense attorney with over twenty-five years of experience. She has worked as both a prosecutor and as defense counsel, which gives her a unique outlook on criminal defense. Our Attorney has the skills and knowledge necessary to fight her client’s charges. If you have been charged with a crime, please contact Our Attorney immediately either online .