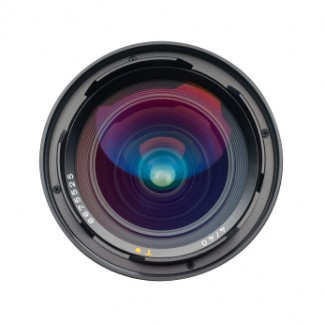 According to reports, a forty year old southeastern Massachusetts man has been charged with Video Recording or Surveilling a Person in the State of Partial Nudity. The defendant, Marco Silva is being accused of putting a hidden camera in the bathroom of his catering supply company and secretly watching women who worked for him going to the bathroom. He was arrested yesterday morning. Here is how Silva was caught. One of his employees noticed that anytime one of the female employees went to the bathroom the defendant would go into his office and close the door. When the woman was in Silva’s office she saw the bathroom captured on a computer monitor. Police officers, armed with a Search Warrant located the monitor, a VCR and a camera hidden inside of the bathroom. The case is pending in the Fall River District Court.

Silva is being charged with a violation of Massachusetts General Laws Chapter 272 Section 105. The law states that anyone who intentionally videotapes someone who is naked or partially naked and does so secretly when the other person is in a place where he or she enjoys a reasonable expectation of privacy, without that person’s knowledge or consent is guilty of this crime. The crime itself is a misdemeanor punishable by up to two and one half years in the house of correction. There is also a fine of up to five thousand dollars than can be imposed.

We are seeing these charges in Massachusetts more frequently today than in the past. This is due to relatively inexpensive recording and transmitting devices that are common to most personal computers on the market today. The act itself typically begins as a prank. The defendants are usually college and high school students who think this is clever or funny. Trouble usually comes their way once one of their victims learns of the act. Prosecutions can be difficult to sustain in many of these cases since there is not actual recording of the act, rather, the defendant watches contemporaneously. Thus, without a witness there is no evidence for the police to find. Here is where the suspect usually makes a critical mistake. The police arrive with a Search Warrant as they did here. They find the camera and monitor. This corroborates the witness or victim’s complaint. Then the officers talk to the suspect who admits having committed the crime. Had the defendant not confessed when questioned, then in many cases there would be no sustainable prosecution. This once takes me back to my regular admonition. Never talk to the police without first consulting with a lawyer. Nothing good can come from it. No one talks his or her way out of a criminal prosecution. An extremely large number of prosecutions and indeed convictions rely on the defendant’s admission of guilt. It makes no sense to make the district attorney’s case for him. Simply say nothing and hire a Massachusetts Criminal Defense Lawyer to defend you. If Silva did not speak to the police his chances of successfully defending his case improve significantly. If he did speak then suppressing the search and his statements become more important to his defense.

The Law Offices of Stephen Neyman defends cases like this one throughout Massachusetts. Our firm is exclusively a criminal defense law firm. If you have been arrested you should call a lawyer. We can be reached at 617-263-6800 or you can email us. We want to start your defense right now.