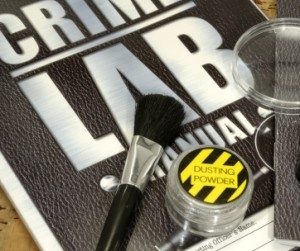 On the heels of the Annie Dookhan investigation, it came to light that there was misconduct on the part of another state chemical analysis lab technician at a drug crime lab in Amherst, Massachusetts. It was discovered that state chemist, Sonja Farak, had tampered with drug evidence samples she analyzed in 2013. Farak, who was struggling with a drug addiction, had removed cocaine from some drug evidence samples that had been submitted to the lab for testing. When the misconduct was discovered, and Farak was charged for her crimes, the Commonwealth conducted an investigation; however, there is a dispute over whether the Commonwealth made a sufficient effort to uncover just how long Farak had been conducting her lab work in this way, and how many potential drug cases were impacted by her actions. Once again Massachusetts crime lab wrongdoing issues surfaced.

The Supreme Judicial Court became involved after two criminal defendants sought post-conviction relief for their drug convictions, which had been based on drug evidence that had been tested by Farak. These defendants’ motions prompted to Massachusetts’ high court to order the state’s law enforcement officials to reopen the inquiry into the scope and extent of Farak’s misconduct. Failure to reopen the investigation will lead to individual judges being able to exercise their discretion and require a thorough investigation into the activities of Farak when drug cases involving evidence she handled come before their benches. One way or another, it seems likely that the Commonwealth will have to more carefully review the extent of Farak’s activities. The Court gave state 30 days to make a decision.

The Investigation That Lead To Farak’s Conviction

The investigation that lead to Farak’s conviction was limited to just 10 evidence samples she tested in January of 2013, and there is some dispute as to whether there is evidence that some of Farak’s misconduct also occurred in 2012, but Farak was not charged with those cases. Farak worked as a state chemical lab analyst for nine years, and there is some concern that she may have tampered with other evidence samples during her tenure with the Amherst drug lab.

At the outset of April, the Court gave Massachusetts law enforcement 30 days to decide whether they would take it upon themselves to reopen the investigation into Farak’s activities to uncover how far back her misconduct might extend, or if they would leave the decision to reopen the investigation to the individual judges who might preside over a case where evidence handle by Farak may be brought into question. State law enforcement has yet to make a public statement about how they are going to proceed.

Drug evidence can make or break a drug case.