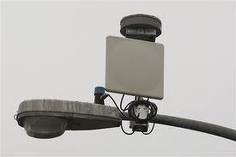 The first degree murder trial of Dwayne Moore and Edward Washington is in progress in a Boston, Massachusetts Superior Court courtroom. Civilian witnesses have recently testified and the jurors have been told that fourteen shots were fired during the killing of two Boston men, a woman and her two year old child. All fourteen shots were allegedly fired in a ninety four second period. Twelve initially, one more a minute and ten second later and the final shot was fired twenty four seconds later. An expert witness from SST Inc. a, California company that manufactures the ShotSpotter System testified today about the times when the shots were fired and the time lapse between shots. This is a unique way for prosecutors to corroborate the testimony of civilian witnesses. This type of evidence is becoming more prevalent nationwide. It is something that criminal defense attorneys will have to prepare for more frequently as it is expected to be a staple in proceedings involving gunshots.

There are several gunshot sensor systems on the market right now. The one used in this case is ShotSpotter. This system relies on acoustic sensors that can pick up the gunshot sounds and triangulate them with GPS devices. A series of sensors are placed in designated spots within each square mile of the section of the city it is covering. The sensors coordinate with the GPS system and identify the location of the shooting.

Here is a simplified explanation of how the system works. Once a shot is fired one of the sensors picks it up. The sensors have a range of two miles meaning that the shot was fired within two miles of the sensor that picks up the sound. A second later a second sensor picks up the sounds of the gunshot waves. Subsequently a third sensor will pick up the sounds. The system uses the locations of the sensors with the time it takes for the sound waves to reach each one and comes up with a configuration that shows the gunshot location in terms of distance from the sensors. The GPS device converts this point with latitude and longitude coordinates that ultimately translates this information to addresses and intersections. The systems calls 911 and identifies the location of the shooting. ShotSpotter’s accuracy is estimated at about eighty two feet.

From my perspective this type of evidence benefits the accused as much as the prosecution. Oftentimes I confront witnesses at trial who lie about the location and positioning of my clients and the co-defendants at or near crime scenes. This will factor into the decision of whether or not my client will testify. Sometimes they feel that they have to in order to refute the lies of the witness. The problem with this is that at times denials seem self-serving to jurors. Evidence produced by a system like ShotSpotter can be used to impeach that witnesses’ testimony and save the defendant from having to testify. Or, this evidence might simply support the testimony of the accused while showing that the witness was not telling the truth.

Anyone accused of committing in Massachusetts or any jurisdiction needs a lawyer. Call our office at 617-263-6800 or email us if you have a criminal matter. We will start to prepare your case right now.