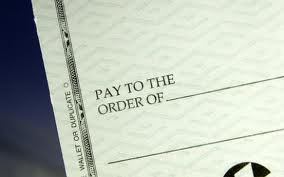 Massachusetts Criminal Accord and Satisfaction

Massachusetts has a statute that in some instances essentially permits a person accused of certain crimes to pay the victim in exchange for getting the charges dismissed. The statute, Massachusetts General Laws Chapter 276 Section 55 states that a person charged with an assault and battery or a misdemeanor that could also be the basis for a civil lawsuit can pay the victim in exchange for having the charges dismissed. Of course, this type of resolution, known as a Massachusetts criminal accord and satisfaction needs to be in writing and approved by a judge.

Does the Prosecutor Have to Agree to an Accord and Satisfaction?

This is a question that clients frequently ask me. The answer is simply no. In 2006 the Massachusetts Supreme Judicial Court decided the case of Commonwealth v. Guzman. There, a judge in the Cambridge District Court dismissed a case following a properly executed accord and satisfaction. The district attorney’s office appealed the decision and lost. The Court held that the prosecution couldn’t interfere with this form of resolution. Thus, if an accord and satisfaction is available it behooves the defense to try to get it done. The prosecution can be avoided, the case dismissed and the victim made whole without any interference from the district attorney’s office.

Can The Judge Refuse to Accept The Agreement

Judges have a tremendous amount of discretion over a proposed accord and satisfaction. Their job it to ensure that the agreement in fair. The judge will often want to hear from both parties to make sure that the agreement has been entered into without coercion or duress. An inquiry into the fairness of the agreement might be made as well. The judge does not have to rely on the actual writing alone. Rarely however will judges refuse to accept the agreement. They might make some modifications to it the give it a more just appearance however and outright rejection is uncommon.

What is My Role and My Lawyer’s Role in the Agreement?

This is where the law can become troubling. There is always a danger when talking to a victim in a criminal case. You risk the victim complaining that he or she was intimidated by the discussion or the overture of a resolution. Most lawyers when speaking to victims and working towards an accord and satisfaction do so in the presence of an independent third party such as a private investigator. I typically tell my clients not to talk to victims. If the victim feels uncomfortable with the discussion he might go to the police or the district attorney’s office. Additional criminal charges such as intimidation of a witness might follow. Bail might be increased or even revoked. Prosecutors are quick to react to perceived threats to witnesses and judges err on the side of protecting people who feel threatened. Be careful. Don’t take matters into your own hands. Make sure you hire a lawyer.

The Law Offices of Stephen Neyman, PC has been defending the accused in Massachusetts for nearly thirty years. Our results are excellent. If you have a criminal case call us at 617-263-6800 or email us now. We can help you.