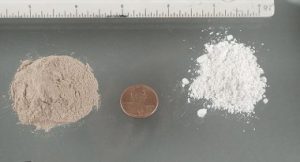 Fentanyl is an opioid used for pain management therapies that has become a popular street drug in recent years. It is classified as a Class B controlled substance under Mass. Gen. Laws Chapter 94C, Section 31. It is used to cut heroin, cocaine, and other drugs, often without the knowledge of the person taking the drugs. Fentanyl is a powerful drug that increases the potency of heroin and other drugs when mixed with them. Heroin overdose deaths in Massachusetts have been on the rise for many years, and increasingly, toxicology investigations find that the fentanyl being mixed with the heroin is contributing to these deaths.

While there are already laws on the books that make possession and the intent to distribute fentanyl a crime, there is no law against trafficking the substance. That might be about to change. According to the Boston Globe, Massachusetts Attorney General Maura Healey has proposed a bill that would make fentanyl trafficking a serious drug crime.

While fentanyl can legally be prescribed under Mass. Gen. Laws Chapter 94C, Section 9(a) and Section 19(a), only people with authorized prescriptions should have it in their possession, and the maximum amount that they can have should be designated in the prescription. The drug is meant for their consumption only, and according to their doctor’s instructions. People who are in possession of fentanyl illegally are subject to punishment if caught, charged, and convicted. Presently, the law concerning fentanyl possession with the intent to distribute is punishable by a fine of up to $10,000 and up to ten years in prison under Mass. Gen. Laws Chapter 94C, Section 32A.

The proposed bill is an attempt to stop fentanyl at its source. People are illegally obtaining fentanyl either through people who have legitimate prescriptions for the drug, or by illegally manufacturing it. The proposed law will give law enforcement officers a tool that they will need to rely on in order to aggressively and effectively combat this opioid abuse.

The proposed bill has garnered much support from various law enforcement agencies, lawyers, and advocacy groups that are dedicated to getting drugs like fentanyl and heroin off the streets in Massachusetts.