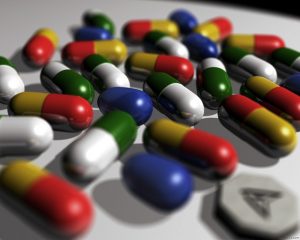 It often comes as a surprise to those who are arrested by the police for making or selling fake drugs that the charges are just as serious as being caught dealing in real, illegal substances. You can face jail time, steep fines, and significant penalties. You might think that because you are not in fact making and selling a real illegal drug that your actions are simply no harm no foul. You did not really do anything wrong, right? That is absolutely untrue.

By misrepresenting that the drugs were the real deal, or by telling people that you were selling an illegal substance, the police and the courts will treat you as if you were making or selling an illegal substance. Regardless of whether the counterfeit substance could actually hurt someone if it were consumed, Massachusetts has strict laws concerning counterfeit drugs. You could also face federal charges for your actions.

There are all kinds of counterfeit drugs out there. These are sometimes referred to as look-alike drugs, because they have the same appearance, smell, texture or taste that the real drugs would have, but usually lack the same high. Dried plant material that looks like marijuana, white powder that looks like cocaine, or pills that resemble methamphetamines or brand name pharmaceutical drugs are all counterfeit drugs that you can get busted for having in your possession or selling. Some people make their own counterfeit substances and then try to sell them, while others order counterfeit drugs that are made in another country over the internet.

Under M.G.L. Chapter 94C, Section 32G, it is against the law for a person to knowingly make, dispense, distribute, or possess with the intent to distribute, a substance that he or she knows to be a counterfeit drug. Being in possession of a substance that looks like a drug, or a counterfeit drug, is a serious offense. Similarly, under federal Anti-Counterfeit drug laws, you cannot sell a misbranded or adulterated drug across state borders, meaning you buy a substance in a different state, turn it into a look alike drug and then try to sell it in Massachusetts. A criminal defense lawyer with experience handling drug charges will fight to get your charges reduced or thrown out if possible.

Being caught with counterfeit substances is nearly as bad as being caught with real drugs, and in either case, you will need the help of an experienced drug crimes lawyer to help you fight your charges. Our Attorney has helped many criminal defendants fight drug charges in her more than twenty five years of experience and she can help you with your defense. Our Attorney knows what it takes to put forth your best possible defense to the charges you face. Please do not hesitate to contact Our Attorney immediately reaching out to her online.