Late Monday night members of the Boston, Massachusetts Police Department responded to a call after it was reported that two people had been stabbed. The police arrived at Huntington Avenue to find two Cambridge, Massachusetts residents being treated by emergency medical personnel. The unnamed victims are men ages twenty two and twenty six. The Lynn Item reports that the alleged victims were in a group that was approached by another group who demanded to know where they were from. A fight erupted and the two men who were stabbed and some of their friends entered a taxicab and fled the area. Once police arrived an investigation began. Ultimately, Jose Soriano of Lynn, Massachusetts was identified as the assailant. Bail was set in the amount of twenty five thousand dollars in the Boston Municipal Court. Soriano has been charged with Assault and Battery by Means of a Dangerous Weapon. 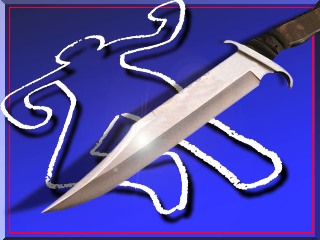 So exactly what is Soriano looking at? Assault and Battery by Means of a Dangerous Weapon in Massachusetts is a violent felony punishable by up to ten years in state prison and a five thousand dollar fine. The crime is codified in Massachusetts General Laws Chapter 265 Section 15(A)(b). The court where this case will be prosecuted depends on the severity of the stabbing and Soriano’s criminal record if any.

The Law Offices of Stephen Neyman represents people charged with Violent Crimes in the Boston Municipal Court and courts throughout the Commonwealth of Massachusetts. Our office can be reached at any time of the day or night by calling 617-263-6800. You can also contact us by email. Your defense should start now. We are ready to start fighting for you.