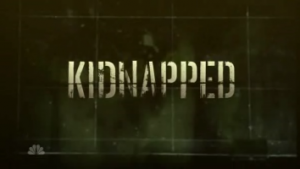 Kidnapping actually occurs quite often, and only a portion of instances of kidnapping get reported on the evening news. Even still, a number of kidnappings are brought to the attention of the public through the media to raise awareness, especially in situations where the kidnapper has taken a child. The Massachusetts Missing Children Clearinghouse of the Massachusetts State Police reports that kidnappings of children are the second (parental kidnapping/family abduction) and fourth (non-family abduction) most common reason for children going missing in Massachusetts, with runaways being the leading cause, and lost/injured or otherwise missing being the third.

Parental kidnapping is a form of kidnapping that happens to children, where the child’s parent is responsible for kidnapping the child. Sometimes the kidnapping is the result of a custody battle, or a parent losing custody of their child, which causes the parent to abduct their child and flee the state, or sometimes even the country. Parental kidnapping, also sometimes referred to as family abduction, can be scary for the child and kidnapping parent, as well as any other family members, such as the custodial parent, and these cases are often very legally complicated.

Recent Instances Of Parental Kidnapping In The News

22 News at WWLP.com reported a kidnapping story where a mother, Tabitha Rantanen, age 24, kidnapped her own child, Khalieyah Pitts, age 4 months, after being deemed “mentally unstable” and thus unfit to care for her child. After New Hampshire Child Protective Services was granted emergency custody of the child through a court order, the mother took the child and fled the state, presumably to Massachusetts. Police in both states are working together to try and locate the missing child and mother, and a felony warrant has been issued for the arrest of the kidnapper mother.

Capenews.net also recently reported a case about a suspected parental kidnapping of a 3-year-old Falmouth boy, Kellan Leonard, by his mother, Shannon Reckner. The father, Jeffrey Leonard, has created a social media page dedicated to locating his missing son, whom he suspects has been abducted by the child’s mother, with whom Mr. Leonard has had a series of contentious custody battles. The child has been missing since November, despite the best efforts of police in Massachusetts, New York, Florida and other states.