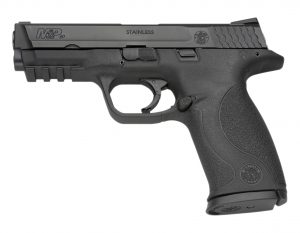 Early this month, a Boston man was convicted for involuntary manslaughter for the death of a victim who died from a fatal asthma attack, wbur.com reports. In January of 2012, Michael Stallings, 26 years old, instigated a shooting on a group of men, allegedly as an act of gang violence. While not a single bullet hit any of the men, the incident triggered an asthma attack in one of the men, Kelvin Rowell, age 40, as Rowell was fleeing from the perceived danger of the shots fired. Rowell was a bystander and not part of the alleged gang quarrel. Rowell was taken to the hospital where he stayed for over a month before he ultimately fell into a coma and died.

After the medical examiner determined that Rowell’s death was a homicide, Stallings was charged with first-degree murder, since it was the gun fire that allegedly caused Rowell’s fatal asthma attack. Stallings was also charged with unlawful possession of a firearm and armed assault with intent to murder. Stallings was convicted of the unlawful possession charge but not for the armed assault with intent to murder charges, and the first degree murder charge was reduced to involuntary manslaughter.

The case is presently being appealed. One glaringly unusual fact in this case is that Rowell died more than a month after the shooting took place. A conviction for involuntary manslaughter requires three elements:

Facing manslaughter or murder charges is tough, especially if the death was an unintentional one. If you are facing these types of charges, you need a criminal lawyer who knows the criminal legal system inside and out.