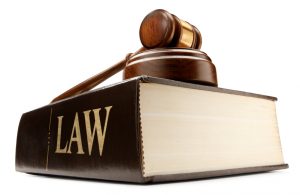 An interesting case is developing in Massachusetts concerning whether a young woman’s text messages encouraging her friend to take his own life can be construed as involuntary manslaughter. Michelle Carter, of Plainville, was friends with Conrad Roy, of Mattapoisett, and the two engaged in the exchange of numerous text messages focusing on whether Roy should commit suicide and when and how to do it. Roy ultimately did kill himself, by sitting in his truck with a generator running, thereby causing him to die due to carbon monoxide exposure.

Roy had a history of mental illness. He struggled with anorexia and self esteem issues, and was on medications for dealing with his condition. While Roy was struggling with thoughts of suicide, he confided in Carter that he was scared, and yet Carter proceeded to encourage him to kill himself. The text message evidence suggests that at one point during the ordeal that lead to Roy’s death, Roy had actually gotten out of his vehicle to text Carter, and she replied by telling him to “get back in.”

The controversy in this case is that Roy in fact took his own life while Carter was at least 30 miles away; while she may have encouraged him to do so, is that really enough to constitute involuntary manslaughter?

The legal elements required to prove involuntary manslaughter in Massachusetts to obtain a conviction are as follows:

What is unique in this case is that Roy’s actions ultimately caused his death, but it could be argued that Roy’s death might not have occurred without Carter’s words of encouragement. Perhaps all that Carter is guilty of is assisting a suicide, which is not expressly prohibited under the state statutes, but can be prohibited based on Massachusetts common law. This case is unprecedented, and the outcome will shed some light on the legality of assisted suicide in Massachusetts or whether such actions make one accountable for a suicide victim’s death.

Getting in Touch With a Massachusetts Criminal Defense Attorney

Our Attorney has more than twenty-five years of experience serving as both a prosecutor and criminal defense lawyer in Massachusetts. She has fought for the rights of of countless criminal defendants and has helped clients deal with manslaughter and involuntary manslaughter charges against them. Reach out to Our Attorney immediately either online .